Motorola was the first manufacturer worldwide to launch a device with a Snapdragon 8 Gen 1 SoC with announcement of the X30 in China. The device is also rumored to hit other markets as the Edge 30 Pro. While waiting for that, a new report has now revealed details of the next Motorola flagship smartphone which is codenamed ‘Frontier 22’. It is said to be in the works. 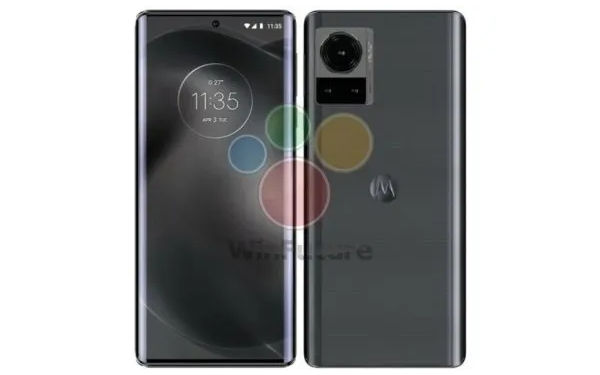 Motorola launched the Moto X30 a few weeks ago in China and a new report has now leaked the company’s next flagship’s key details. WinFuture has uploaded the design renders of the upcoming Motorola flagship. It will have a rectangular camera module with a triple-camera setup on the back. The device is said to feature a 200MP main camera sensor with OIS support. It will also feature a 50MP ultrawide camera and a 12MP telephoto camera with 2x zoom. For selfies, the phone will have a 60MP front camera.

The phone will be powered by a Snapdragon 8 Gen 1 Plus SoC. Qualcomm has not unveiled the rumoured chipset. However, the flagship platform could get a mid-year refresh with some minor performance improvements.

The device will pack a 4500 mAh battery under the hood. It will come with 125W wired fast charging and 30W or 50W wireless charging. The device is said to go on sale starting July 2022. Currently, there is no official word from Motorola regarding the launch of the rumored flagship.