MIUI 13 global rollout begins in Q1 2022; here’s the list of devices to get the update

Last month, Xiaomi officially launched its latest custom user interface for the smartphone — MIUI 13. Now, along with the global launch of the Redmi Note 11 series, the company has also announced the MIUI 13 for the global markets.

Xiaomi has also revealed that it plans to roll out the new update for the operating system in the first quarter of this year (i.e. Q1 2022) but it has not yet announced the exact date for the release. However, it has shared the list of smartphones that will get the update.

The MIUI 13 comes with a new MiSans font which is a part of Dynamic Font System 2.0. Similar to the iOS 14, this one too comes with support for dynamic widgets, a feature that the company was testing since August 2021.

It brings Liquid Storage which reduces fragmentation and actively manages stored data along with improving defragmentation efficiency by up to 60 percent. There’s also Atomized Memory that brings RAM efficiency.

It also has Focused Algorithms for dynamically allocating system resources based on usage scenarios which help make the interface fluid and responsive. It also prioritizes active apps, allowing the CPU to focus on important tasks.

There’s also a Smart Balance feature to automatically find the balance between performance and power consumption. It is also claimed to extend the battery life by up to 10 percent. Xiaomi is also focusing more on privacy with the MIUI 13. 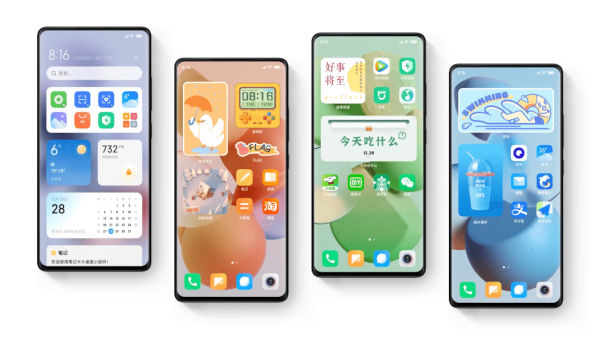 Below is the list of smartphones from Xiaomi that are set to receive the new MIUI 13 update in the first quarter of this year:

Do note that the company’s flagship smartphones — Xiaomi 12 and 12 Pro as well the recently launched global version of the Redmi Note 11, Note 11S, and Note 11 Pro come pre-installed with MIUI 13.