Microsoft has finally released the Walkie Talkie feature to all users of the Teams app across different platforms. The Walkie Talkie on Microsoft Teams will enable users to communicate via cellular data or Wi-Fi using their smartphones or tablets as a Walkie Talkie. 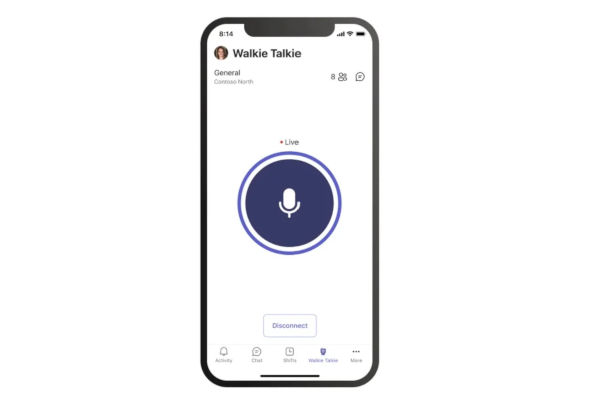 This is coming after two years of Microsoft announcing the Walkie Talkie functionality integration on its platform. In the past two years, the feature has undergone several layers of preview, which is culminating in its eventual release on January 12, 2022.

Microsoft is collaborating with Zebra Technologies to even add a dedicated push-to-talk button on Zebra mobile devices that will help the target segment of frontline workers and employees to deploy the walkie-talkie in their operations in the midst of the coronavirus pandemic.

The Microsoft Teams walkie-talkie feature is available both on Android and iOS devices, with the launch of the iOS version to coincide with the global release of the feature.