Samsung started rolling out the One UI 4.0 update based on Android 12 for its mid-range Galaxy A series a few days back starting with Galaxy A72. The update was later made available for Galaxy A52, Galaxy A52s 5G, and Galaxy A42 5G. Now, the latest version of One UI is also live for Galaxy A52 5G. 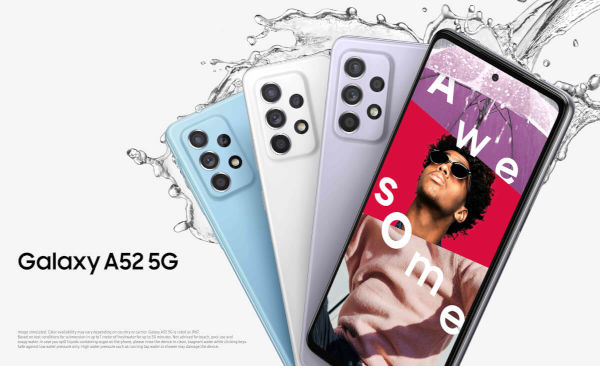 According to SamMobile, Samsung has started seeding One UI 4.0 stable update for Galaxy A52 5G. The new system update for the handset is currently live in Europe.

It arrives with firmware version A526BXXU1BUL7. Apart from bringing Android 12, the update also bumps up the security patch level to January 2022.

Like any other OTA software update, this one is also being pushed in batches. In simpler words, some users will receive it earlier, while others may have to wait longer. Anyway, every unit should get access to the release in all the regions in the coming days.

The Galaxy A52 5G and its siblings (Galaxy A52, Galaxy A52s 5G) are eligible for three generations of Android updates and at least four years of security updates. Hence, these smartphones will be not only receiving Android 13 but also Android 14.

Though these phones will be getting longer software support, that does not mean they will not get an upgrade in terms of hardware. Samsung is expected to release their successor called Galaxy A53 very soon.