According to the score of a new battery test shared by DXOMARK on Monday, the Apple iPhone 13 Pro scored 76, beating the likes of the Moto Edge 20 Pro, Samsung Galaxy S21 Ultra, and the OnePlus 9 Pro, despite their much larger batteries. 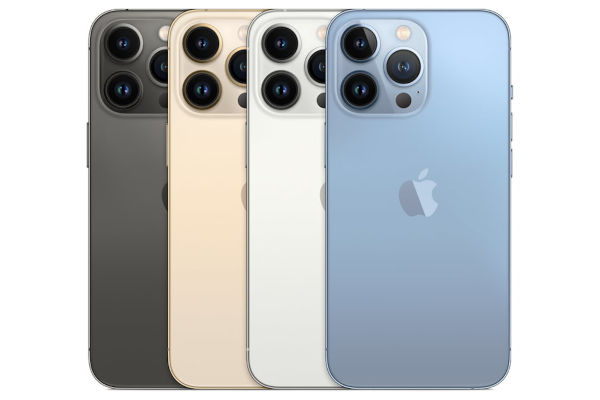 It still failed to beat the iPhone 13 Pro Max though, which currently ranks third in DXOMARK’s battery charts with a score of 89.

The handset, with its 3,095mAh battery, has managed to achieve more than 2 days of ‘autonomy’ with moderate use. Autonomy is what DXOMARK calls a comprehensive range of tests for measuring battery life in all kinds of real-life scenarios.

Another test was ‘on the go’ that measures battery life while traveling. It makes a lot of sense to dedicate a test to usage while commuting since there are multiple extra demands that eat up battery life, such as the continuous signaling associated with cellphone network selection. In this, the iPhone 13 Pro exhibited “better-than-average performance than Ultra-Premium devices.”

As for charging, the iPhone 13 Pro needs 1 hour 34 minutes to arrive at a 100% charge showing on the battery level indicator, but an additional 9 minutes to get its 3095 mAh battery completely charged. Users will be better off charging to 80% in most scenarios as that only takes 49 minutes.

But it’s efficiency where the iPhone 13 Pro Max truly shines, with its battery exhibiting low consumption across almost every use case. In fact, the consumption is so well managed that the phone has the lowest discharge current for WiFi video streaming and video playback in DXOMARK’s entire database.

To read the full DXOMARK analysis on the iPhone 13 Pro battery, head here.