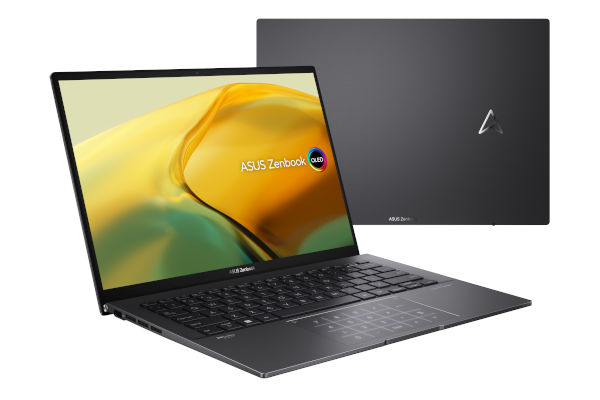 It is offered in separate versions powered by the latest processors from Intel and AMD. The devices powered by the Intel 12th generation Core H-series chips pack DDR5 RAM while the models with AMD Ryzen come with DDR4x RAM.

They come with up to 1TB PCIe storage and there’s also an extra M.2 slot available for further expanding the storage capacity. There are several ports, including two USB-C connections, a single USB-A port, HDMI 2.0, a headphone jack, and a microSD card slot.

For connectivity, it comes with WiFi 6E and Bluetooth 5.2 support. In the models powered by the Intel CPU, the two USB-C ports will offer Thunderbolt 4 connectivity. The device packs a 75Whr battery.

As of now, the company has not announced the pricing details for the ZenBook 14 OLED but ASUS has promised to share more information when the device go on sale sometime around the second half of the year. 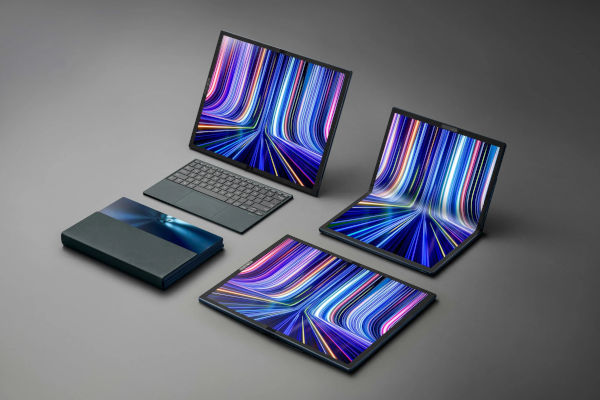 Upon partially folding the device and positioning the keyboard on the bottom half, the device can effectively be used as a 12.5-inch laptop with Full HD screen resolution.

The company has not revealed the chip that is powering the device and has just said that it is powered by “the latest Intel CPU” with integrated graphics. As for memory, it packs up to 16GB of LPDDR5 RAM and 1TB NVMe M.2 SSD storage.

For connectivity, the device supports Wi-Fi 6E and Bluetooth 5.2 but coming to ports, there’s only Thunderbolt 4 USB-C port and a 3.5mm combo audio jack. The device also has Dolby Atmos quad-speaker system and everything is powered by a 75Wh capacity battery.

ASUS has not revealed the pricing details for the ZenBook 17 Fold but the device could get launched around Computex in May this year.