Recently, the Xiaomi 12 series has been subject to many leaks, whether it be their specs or their back panel design. Yesterday, a poster featuring the Xiaomi 12 surfaced on the internet, revealing its design, pricing, and specifications. Some new renders of the upcoming device have as well appeared on Twitter, confirming the previous ones.

The renders revealed by the tipster showcase a similar design as the earlier reveals by OnLeaks, featuring smooth curves on the corner and edges, A curved 6.28-inch display with a center punch-hole camera, and Xiaomi branding in the lower-left corner of the rear panel.

The popular tipster @evleaks has yet again via Twitter reveals the renders of the upcoming Xiaomi 12. 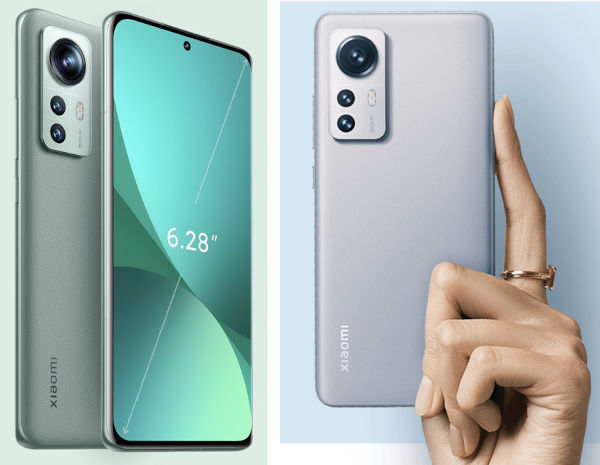 The triple camera module is the same as early case renders with an enormous primary 50MP lens and two lenses beneath it in a vertical arrangement. However, one difference from the previous leaks is the texture and colors of the back panel. The renders reveal three colors of the device: green, blue, and white. 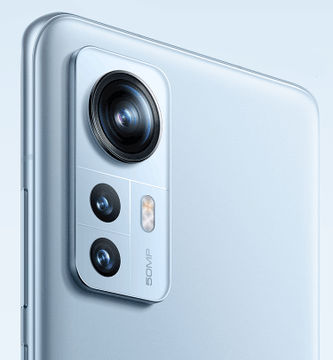 While the white and blue colored renders have a normal back panel, the green color variant showcases a textured back, almost like leather, giving it an aesthetically pleasing vibe. 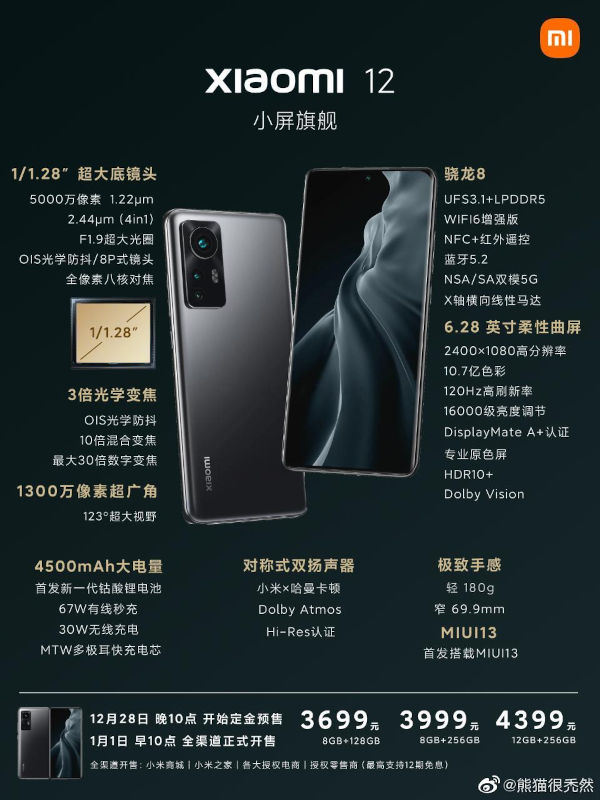 While it is not mentioned in the poster, the Snapdragon 8 Gen 1 SoC will power the Xiaomi 12. It will be accompanied by LPDDR5 RAM and UFS 3.1 storage. It has a 4,500mA lithium cobalt oxide battery that supports 67W fast charging and 30W wireless charging. It offers connectivity features like NFC, IR blaster, Bluetooth 5.2, Wi-Fi 6 enhanced version, and 5G. It is also equipped with X-axis linear motor.

The leak has no information on the front camera of the Xiaomi 12. Its rear-facing triple camera unit has an OIS-enabled 50-megapixel 1/1.28-inch main camera with an f/1.9 aperture, a 13-megapixel ultrawide camera with a 123-degree FOV, and a third camera that supports OIS, 3x optical zoom, 10x hybrid zoom, and 30x digital zoom. The device runs on MIUI 13.