The team behind the development of WhatsApp has continue to release new features that will enhance users’ experience. The company has a lot of features under development, and a new one has yet again surfaced. According to wabetainfo, the popular messaging platform will soon have a redesigned interface for voice calls.

Comparing the current interfaces and the upcoming one, you will see the changes better in the in the screenshot below. The redesigning of interface for a future update is to make it more compact and modern, organizing the available space. 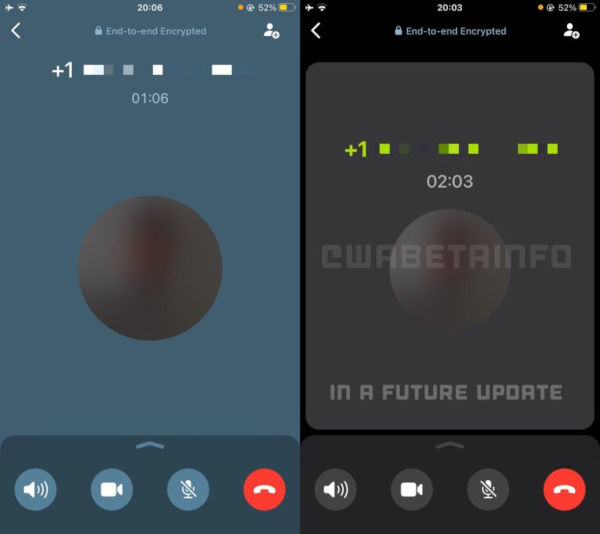 ALSO READ:  Google Is Rolling Out These 6 New Features To All Android Phone