Disappearing message on WhatsApp is set to receive a new update that will let users set messages in a chat to automatically be deleted after a set period of time. 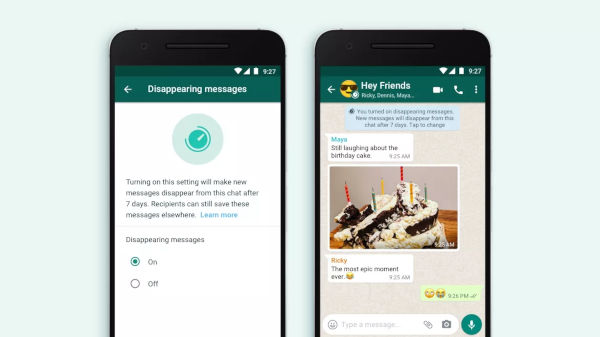 WhatsApp says users will now have the option to turn on disappearing messages automatically for all their new one-on-one chats, so that all future messages will be automatically deleted from the service.

WhatsApp Disappearing Messages gets 24 hours and 90 days options, in addition to 7 days

In a Facebook post the company says “We’re rolling out a new disappearing messages option on WhatsApp today so you’ll be able to make all new chats disappear by default after 24 hours, 7 days, or 90 days. Not all messages need to stick around forever.”

When the feature first launched in November last year, users only had the option of having messages disappear after seven days. Going forward, however, there will also be the option of deleting them after just 24 hours or 90 days. 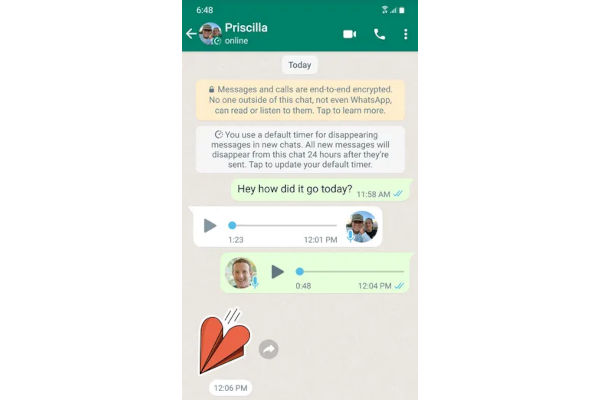 How to Turn On WhatsApp Disappearing Messages

To turn on disappearing messages by default for all new individual chats, simply following the below instructions;