TikTok is planning to advance its live-streaming ambitions with the launch of TikTok Live Studio, which it is already in test with a selected creators. TikTok Live Studio will allow you to livestream games on the desktop without the need for third-party streaming software. Here’s how it will work. 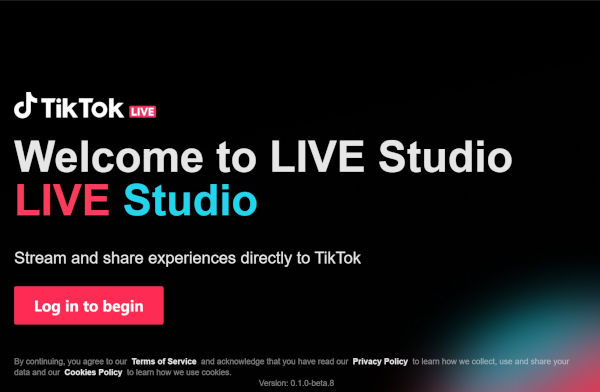 According to TechCrunch reports, users will have to download TikTok Live Studio as a first step. Once installed, the process will be pretty simple. Users will be required to log into their TikTok account and can then start livestreaming directly to TikTok Live. This functionality includes basic livestreaming features such as the ability to chat with viewers.

The TikTok users will also be able to stream via their phones, desktops, or even gaming consoles. Content creator Zach Bussey, in a recent Twitter post, reveals that it will also include the ability to stream in both portrait and landscape modes, add text, and more. People will also be able to accept live gifts and can filter out keywords for more reach, much like it’s done for TikTok Live.

However, the feature is currently being tested with a few users in western markets. This means, there’s no word on whether or not TikTok will release Live Studio for all users across various markets.

With this, TikTok will be able to rival platforms such as Twitch, Facebook Gaming, and even YouTube Gaming, which are all renowned names in the live gaming streaming arena. Plus, it will help users stick to the platform without the hassle of using other platforms.

ALSO READ:  3 New Nokia Phones To Be Announced At An HMD Event on December 5

With that said, it is highlighted that TikTok Live Studio isn’t as mature as these streaming platforms and lacks a number of features. Bussey reveals that it doesn’t allow users to use browser windows as a streaming source and doesn’t enable alerts during streams.

One should note that this feature is currently in its initial testing phase and if at all it becomes available to the public, chances are that it might have all the features for a smooth live-streaming experience. TikTok told TechCrunch that it plans to monitor how people will use Live Studio, based on which it will release features that best suit creators.

As we don’t have a word on the future of TikTok Live Studio, we will have to wait and see what TikTok plans to do. Meanwhile, do let us know if this feature is exciting news for you in the comments below.

MIUI 12.5 Enhanced Edition Rolling Out To First Batch Of Eligible...