We are of course currently in world of social media. Almost every users of mobile devices has atleast one of the social networking app on the phone such as WhatsApp, Telegram, Instagram, and many others. These services has also made emojis a significant part of our messaging culture. We now use emojis in messages to convey emotional reactions or start a trend on Twitter. 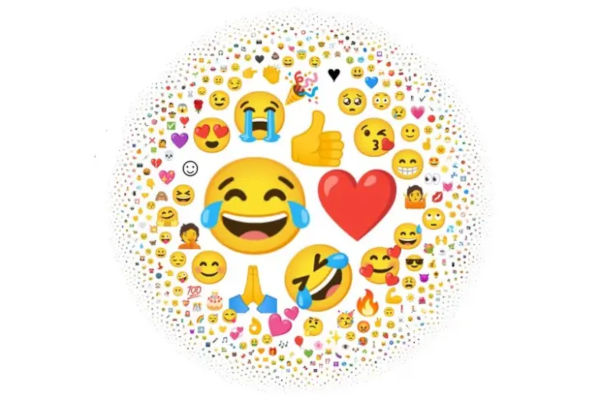 Have you ever wondered which emojis are the most popular ones and which are the least-used ones? Well, the Unicode Consortium has recently revealed the most popular emojis of 2021 and many other interesting tidbits about how emojis are being used in our society.

The Unicode Consortium is a public non-profit organization that is in charge of managing Emoji, which it states is a “language” that 92% of the world’s online population use. So recently, the organization published an in-depth blog post, revealing the most popular emojis of this year and an ample amount of data relating to the pattern of emoji usage in the world.

Most Popular Emojis of 2021

Starting with the list of the top emojis that people around the world have used in 2021, it remains similar to previous years. However, there are a few changes. You can check out a comparison between the top 10 (from left to right) lists of popular emojis in 2019 and 2021 below.

As you can see, the Tears of Joy smiley face emoji remains the most used and most popular emoji in the world, with the Heart emoji holding on to its second position. The Rolling on the Floor Laughing emoji has moved up to the third place from its previous fourth position, while the Thumbs Up emoji made a leap to the #4 position from the last place.

The Two-Hearts emoji took an exit from the top 10 list and is replaced by the Feeling Loved emoji, which was previously in the 16th position. Although these may seem significant changes, the UC mentions that if you “seek dramatic changes, the Top 200 contains bigger jumps”. For instance, the birthday cake emoji moved up to the 25th position from its previous 113th position, the Red Balloon emoji jumped to the 48th position from the 139th position and the Pleading Face emoji moved up to the #14 rank from #97.

Other sharing the most and least popular emojis of 2021, the Unicode Consortium revealed various interesting facts about several emojis. You can check out some of them summarized right below.

You can check out Unicode Consortium’s official post to know a lot more about emojis and how they are used in our society now. Also, let us know about your favorite and most-used emoji in the comments below, and stay tuned for more such interesting stories.

Get The Real-time Coronavirus Updates In Nigeria With This NCDC WhatsApp...