Qualcomm has officially unveiled its next-generation flagship smartphone processor at the Snapdragon Tech Summit. The new chipset is called Snapdragon 8 Gen 1 and the company has also revealed details about the processor. 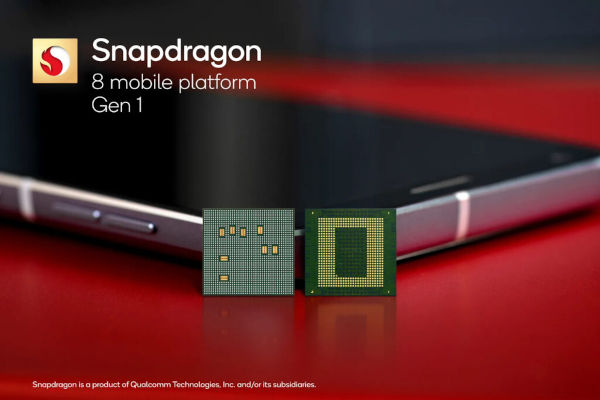 As you would typically expect, the Qualcomm Snapdragon 8 Gen 1 is focused on improvements in six major areas — 5G connectivity, camera sensors, AI, gaming, audio, and security. It is also built using the 4nm process instead of the 5nm process on which its predecessor Snapdragon 888 was built.

It is the first chip from Qualcomm to feature the latest Armv9 architecture. The eight-core Kryo CPU has a single Cortex-X2 prime core at 3.0GHz, three Cortex-A710 performance cores at 2.5GHz, and four Cortex-A510 efficiency cores at 1.8GHz. 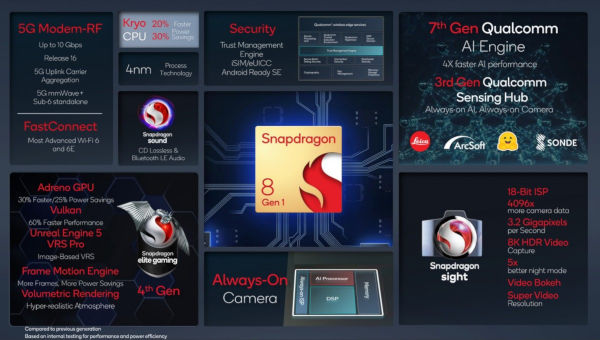 Overall, the company says that the Snapdragon 8 Gen 1 offers up to 20 percent better performance and is up to 30 percent more power-efficient than its predecessor. It has a new Adreno GPU that is promised to offer 30 percent faster graphics rendering, in addition to 25 percent better power efficiency.

It has a new imaging system that comes with an 18-bit ISP, with improved dynamic range, color, and speeds. It supports 8K HDR video along with a new Bokeh Engine that brings Portrait Mode-style shots to video. There’s also an Always-On ISP that delivers low power consumption to tasks like face unlock. 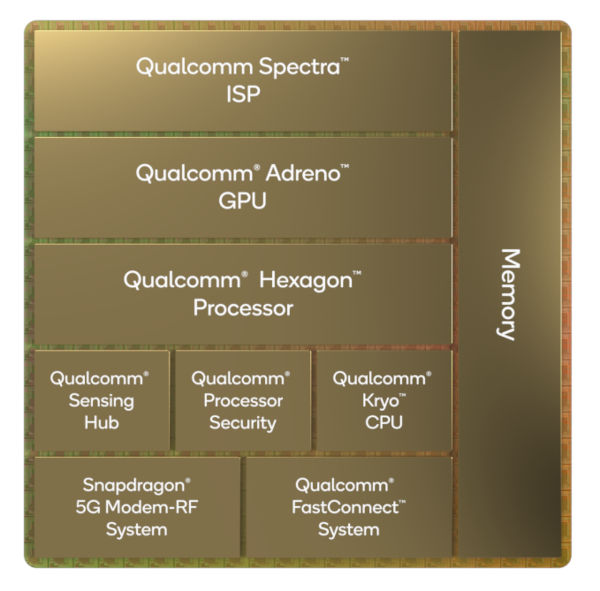 As per connectivity, it comes packed with a Snapdragon X65 modem which is Qualcomm’s fourth-generation 5G modem and is built on the existing mmWave and sub-6GHz compatibility, with support for up to 10Gbps speeds and the latest 3GPP Release 16 specification. It is coupled with the FastConnect 6900 Mobile Connectivity System, which it claims to offer the best Wi-Fi 6 speeds.

For artificial intelligence, the Snapdragon 8 Gen 1 features Qualcomm’s latest Hexagon processor with the seventh-generation AI engine. It is claimed to be four times faster than its predecessor and up to 1.7 times more power-efficient. 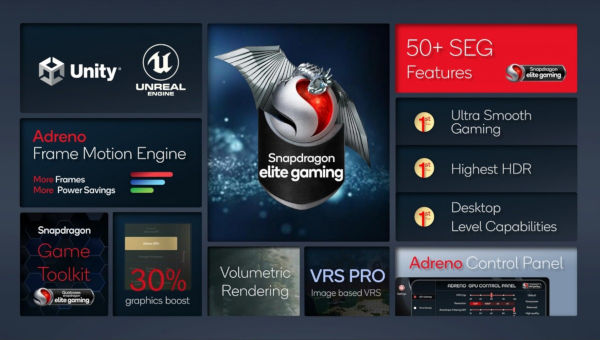 Qualcomm has revealed that the first devices powered by the Snapdragon 8 Gen 1 processor are expected to launch by the end of this year. Currently, the list of the brands that have signed up to launch a device powered by the Snapdragon 8 Gen 1 includes Black Shark, Honor, iQOO, Motorola, Nubia, OnePlus, OPPO, Realme, Redmi, SHARP, Sony Corporation, Vivo, Xiaomi, and ZTE.

Interestingly, companies like Samsung and Google are missing from the list as they are among the brands pushing for the in-house development of their own chips to reduce reliance on third-party vendors.