Samsung will unveil its 2022 flagship smartphone – the Galaxy S22 series next year but the exact date for the launch is yet to be disclosed by the company. The Galaxy S series used to be the first to debut Qualcomm’s next-gen chipset when released but that win’t be the case of next year’s model until February. 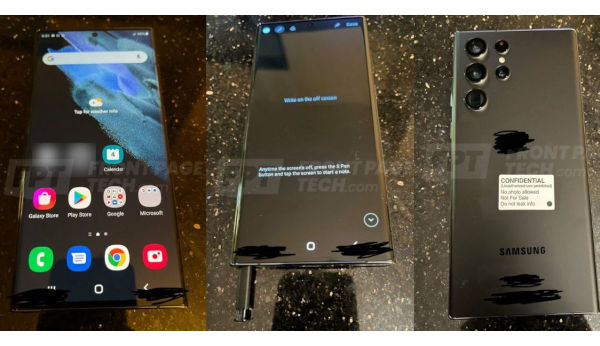 Galaxy S22 Ultra came too late. If it is released on February 8, at that time, at least five Snapdragon 8 GEN1 flagship phones have been listed. pic.twitter.com/u7ddu6kAKl

Qualcomm recently launched the Snapdragon 8 Gen 1 and the race on who will be the first to launch a flagship powered by the Qualcomm chipset is already on. One such company is Xiaomi who is expected to launch the Xiaomi 12 later this month to emerge as the first Snapdragon 8 Gen 1-powered model. Motorola Edge X30 and Realme GT2 Pro are also in the race to grab the coveted crown even though it is just for clout. We are sure the models won’t be available to buy until next year.

As for specifications, the Samsung Galaxy S22 Ultra is equipped with a 108MP main camera, 10MP, 10MP, and 12MP rear cameras. The main 108MP sensor model is a Samsung HM3 sensor. It has a 1/1.33-inch ultra-large bottom and an aperture of f/1.8. The pixel area of 0.8μm, and is expected to support optical image stabilization.