Samsung has been experimenting with its foldable and rollable displays on various devices now. Recently, a patent filing suggests that Samsung is working on a Galaxy Watch with a rollable display and inbuilt camera. 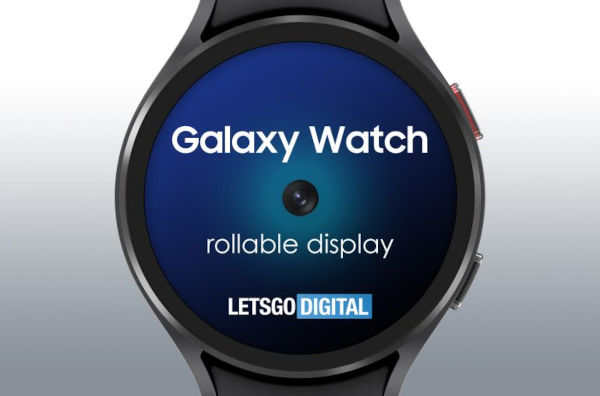 On June 2, Samsung Electronics filed a patent with the World Intellectual Property Office (WIPO) for an ‘Electronic device comprising a rollable display and display method therefor’. The 96-page documentation was released and published on December 9, 2021.

According to a newly released patent, Samsung is working on a Galaxy Watch with two semicircular display parts, which can be expanded from the centre frame, as you can see from the diagram.

The default form factor of the watch is compact, but in a fully extended position, the screen surface is approximately 40% larger. Users can expand and shrink the screen of the Samsung rollable watch accordingly by pressing the crown on the side of the watch case, says the patent. 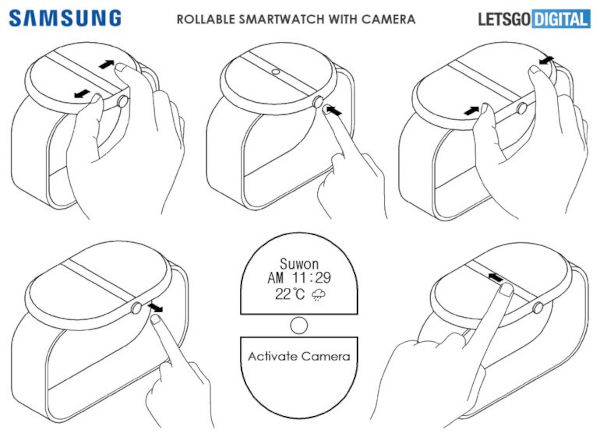 The Samsung Galaxy Watch has an oval display instead of a circular one. The middle frame also houses a camera for photos and video recordings. However, when Samsung intends to release a rollable Galaxy Watch remains unknown for the time being.

The patent also discusses in-depth the various operating options of the Watch.