The Chinese smartphone manufacturer realme is said to launch the realme 9 series early next year. Industry tipsters have also disclosed that there will be realme 9i arrival in January 2022. Now, the device has been officially listed on AliExpress, confirming the specifications of the upcoming smartphone. 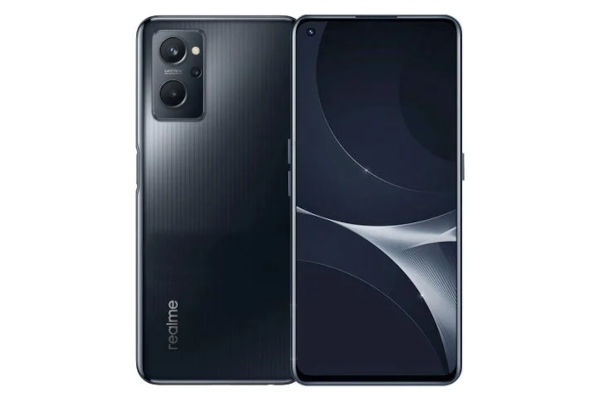 According to the AliExpress listings first spotted by Bestopedia, the realme 9i comes with a 6.59 inch Full HD plus display with 2400×1080 resolution. The display on this device is listed to be a full view panel and will likely have an 18:9 aspect ratio and thin bezels around it. The listing reveals that the device carries 4GB RAM and 128GB of internal storage. However, the device is expected to come in additional ram variants of up to 8GB. The chipset branding is revealed as Qualcomm, which is expected to be a Snapdragon 680 SoC. 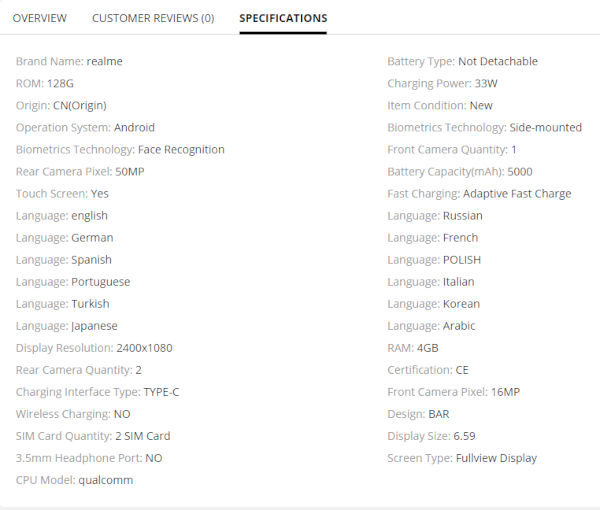 The listing states that the device holds a dual rear camera setup with a primary 50MP sensor, while the selfie snapper will be a 16MP camera. The device uses two methods of biometric authentication being Face recognition and a side-mounted fingerprint sensor. A 5000 mAh battery powers the device and has 33W fast-charging support via a USB-C port. A dual sim slot will be available on the device.

While it could be an error, the listing shows that the phone does not have a 3.5mm Headphone port.

The looks and launch date of the device are yet to be revealed by realme. However, industry rumors have previously claimed that the realme 9i will launch in early January 2022 and the AliExpress listing further gives credence to this rumor.