Lenovo‘s acquisition of Motorola has really help turned around the fortunes of the once-beloved brand for good. The now Lenovo-owned company has seen a change in its fortunes in recent times and it is no surprise that the brand is putting efforts at deepening its market presence. That it has done with the unveiling, today, of the Moto Edge X30 flagship smartphone. 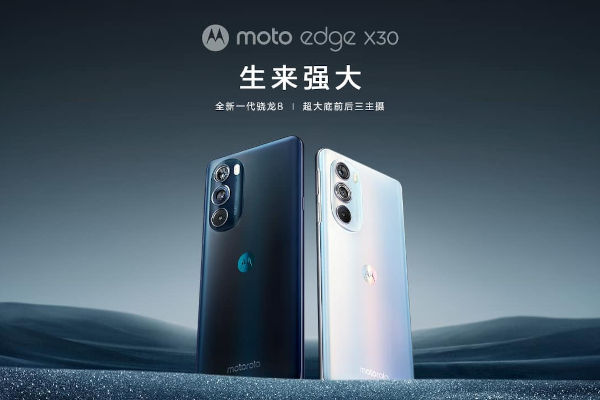 No doubt, the major highlight of the Moto Edge X30 is the new generation of Qualcomm Snapdragon 8 Gen 1 chipset. The chipset uses Samsung’s 4nm process and the CPU is made up of a Cortex-X2 super core with a clock frequency of 3.0GHz, three Cortex-A710 cores clocked at frequency 2.5GHz each, and four Cortex-A510 cores, each clocked at 1.8GHz.

In terms of battery life, the Edge X30 has a built-in 5000mAh super-capacity battery, and it also supports 68W fast charging, which can replenish 50% of the battery in just 13 minutes.

As for photography, the flagship Moto packs a triple camera setup at the ear aspects. The camera setup at the rear includes a 50MP wide-angle main camera, teaming up with a 50MP super wide-angle macro main camera and a 2MP depth-of-field sensor. For selfies, there is a 60MP front shooter. One of the main rear cameras is the OV50A sensor, which has a 1/55-inch ultra-large bottom and supports OIS optical image stabilization. 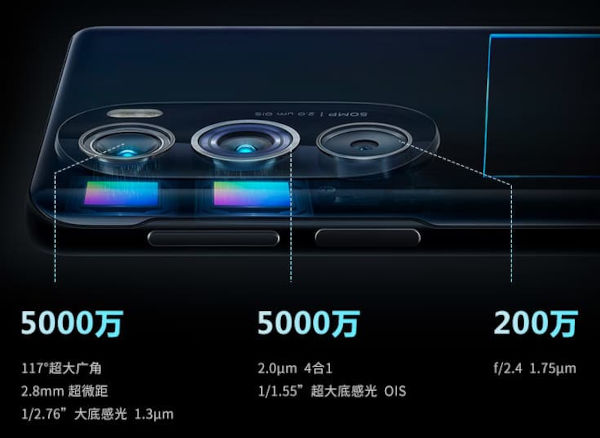 In terms of the display, the Moto Edge X30 comes in two versions. One is the regular version which uses a center-punched 1 billion color ultra-sensitive color screen that supports a 144Hz high refresh rate and up to 576Hz touch sampling rate. It also supports Dolby surround sound dual speakers, which can provide a very good audiovisual and gaming experience. 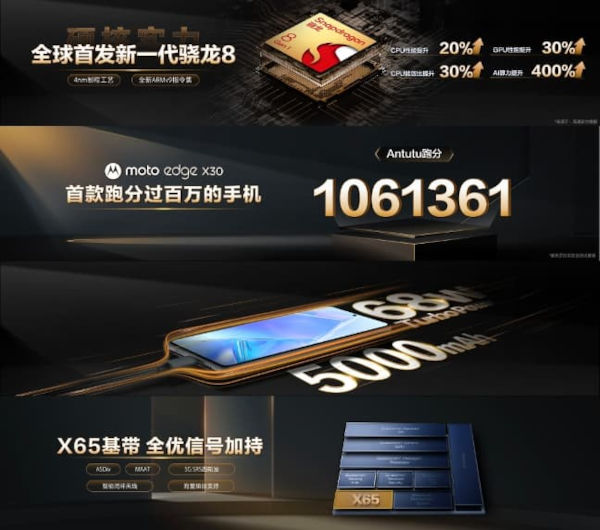 The second display version is the Under-screen Proactive version. This version is touted to have the strongest under-screen camera solution in the industry with its 60MP front sensor which can take into account both the display effect and the Selfie effect.

For interface, the Moto Edge X30 runs on MYUI 3.0 based on the Android 12 OS, bringing an entirely new UI visual interface. 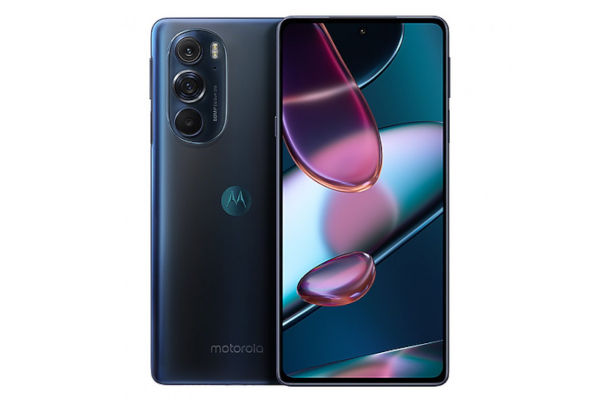