LG has started rolling out Android 11 to the LG Wing which is speculated to be the last for the phone. First reported by 9to5Google to be rolling out to the Verizon model in the United States, it could be possible that more variants are beginning to receive it now. 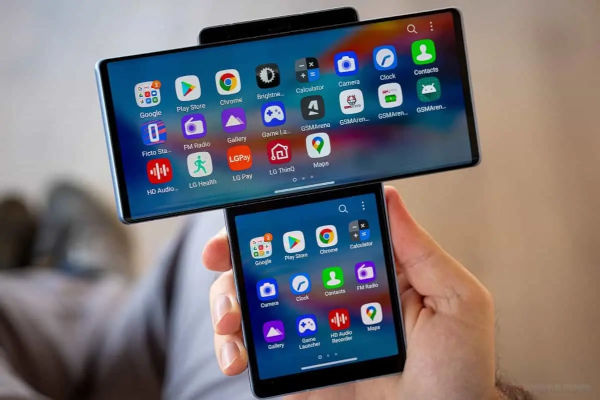 Recall that the LG Wing was released as the brand’s last major offering back in September 2020 before the company’s smartphone division shut down earlier this year for good. LG was on a streak of launching some really crazy designs, whether it was the LG G8X ThinQ’s dual-screen or the LG G5’s modular design, so seeing it call it quits was actually tragic.

Well, the company’s legacy lives on through software updates for some of its existing models, although that slowly seems to be coming to an end as well.

You see, LG’s company website had earlier specified that the LG Wing was not only eligible for Android 12 but also for Android 13. The phone was launched with Android 10 so three Android upgrades is actually quite a feat.

However, given how Android 11 for the phone has rolled out only now at a time when flagship-level phones from various OEMs are already receiving stable Android 12, it could be possible that the update is the Wing’s very last. A delay of around a year is no joke and if LG keeps up such a pace, it could mean Android 12 only by 2023 and Android 13 by 2024 – something that looks highly unlikely now for a brand that’s already shut down.

Regardless, we do hope that LG will surprise us all with Android 12.

Talking about the Android 11 build itself, it brings along the November 2021 security patch, which is a slight bump over the current September 2021 patch. The changelog mentions a new conversation bubbles feature and some other miscellaneous changes but that’s about it. These changes include support for Focus Mode through the quick settings, expanded support for Emergency Alerts, and the apparent removal of some mobile hotspot controls.

Smartphone Production Dropped By 11% in 2020, Transsion To Overtake Huawei