YouTube will start hiding Dislike counts for all videos

Almost all the social space online that forced to deal with harassment in some form, and YouTube is no exception. The streaming giant has now announced that it will now hide dislike counts, the number of thumbs-down votes given to content, as part of its ongoing effort to curb harassment on the world’s largest video platform. 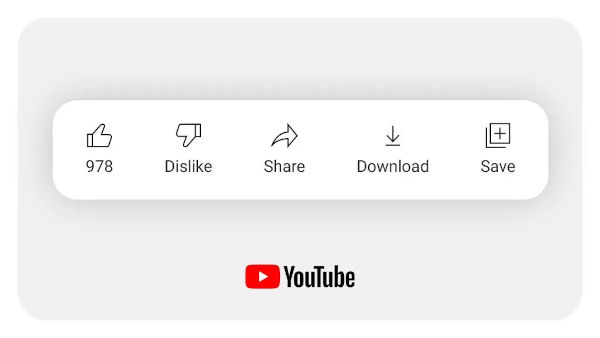 As from today, users will no longer be able to see the dislike count on a video. The public number of likes a video has received will remain visible, but the thumbs-down option will be unpaired from a number altogether. This move comes after the site began testing hidden dislike counts back in March, a move that proved controversial at the time. With YouTube finally making it official for all users over the coming weeks, it’s bound to stir up even more anger.

The company says the change is to keep smaller creators from being targeted by dislike attacks or harassment, and to promote “respectful interactions between viewers and creators.

YouTube says that when it tested hiding dislike numbers earlier this year, people were less likely to use the button to attack the creator, and that many smaller channels are disproportionately hit by dislike mobs.

The attacks can hurt creators because a high number of dislikes can affect the way YouTube doles out video recommendations. Before now, creators only had the option of turning off both like and dislike counts, which stopped them from showing off the numbers for videos with lots of likes.

YouTube isn’t getting rid of the dislike button. Instead, the company won’t list the downvote count on the video, though creators can still view the numbers privately.

The most dislike video of all time was the company’s “2018 Rewind” video, which recapped the biggest videos and events of the year on YouTube, according to the consumer research firm Brandwatch. It was disliked 19 million times and only liked 3 million times.