WhatsApp has recently been introducing a lot new features to its platform in a bid to make the instant messaging application remains the top player in its category. Now, the company is working on improving a feature that could prove to be helpful to many users.

Users already have the ability to delete a message sent to another user but there’s a limited time window of around one hour where the user can basically undo sending a message. Now, it is being reported that the company is testing a feature that could extend the window for deleting the message.

As at the time of writing, it is not known how long the “delete for everyone” feature will extend the time limit going forward but a report coming from WABetaInfo shows a prompt showing up for a message sent more than two months ago. 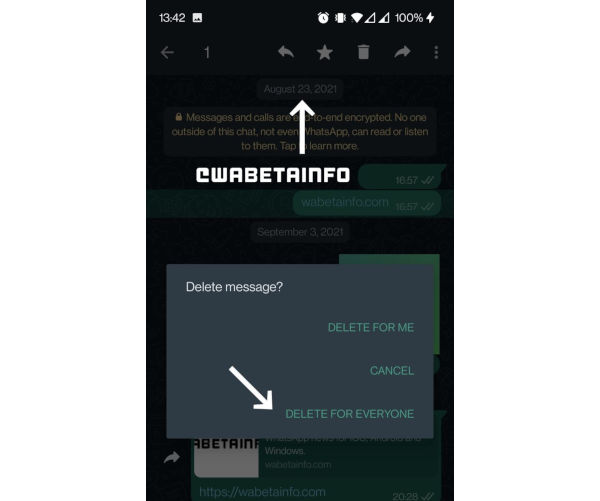 There’s a possibility that the company may have completely removed the time limit for deleting the message but that seems unlikely. We’ll have to wait for more information to surface online to know about the time limit.

It is also not known if the extended window for deleting messages will work for messages sent before the new feature gets rolled out or be available only for the messages that are sent after the feature is released.

If the company is actually planning to roll out this extended time limit for the “delete for everyone” feature for WhatsApp, then it will first be available to beta testers and will then be released to everyone in a stable build for Android as well as iOS.