Twitter Blue, a monthly subscription service that was launched first to Australia and Canada earlier this year, is now rolling out to the U.S. and New Zealand. With the rollout, the service is also receiving a couple of new features such as Ad-free articles, custom navigation options, Labs features and more. 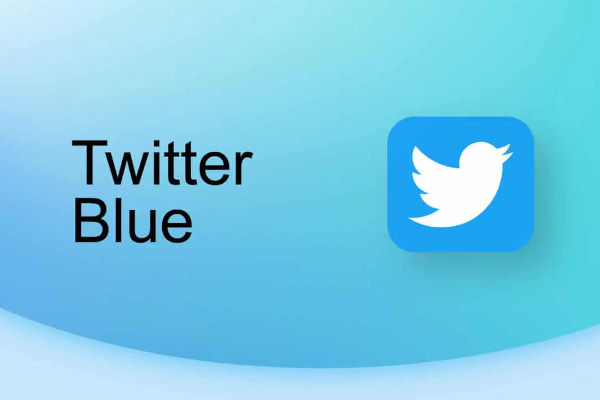 After acquiring Scroll, Twitter has decided to integrate its services into Twitter Blue. Subscribers can read articles from news sites such as The Washington Post, L.A. Times, USA TODAY, The Atlantic, Reuters, and more, all ad-free. 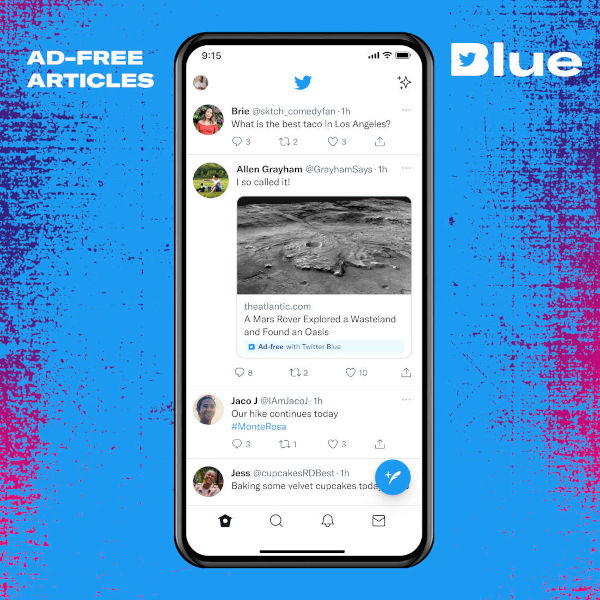 Another reader-focused feature is called “Top Articles”, which will show subscribers the most-shared articles in their network over the last 24 hours. 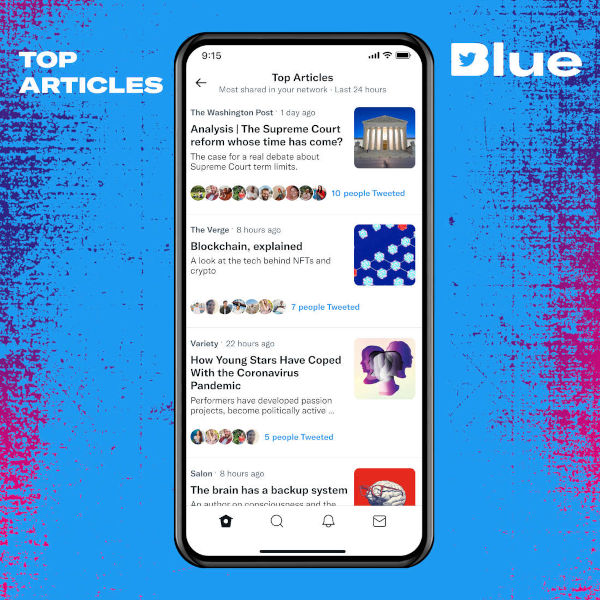 Twitter Blue will offer loads of customization options including the ability to change what appears in their navigation bar for quick access. 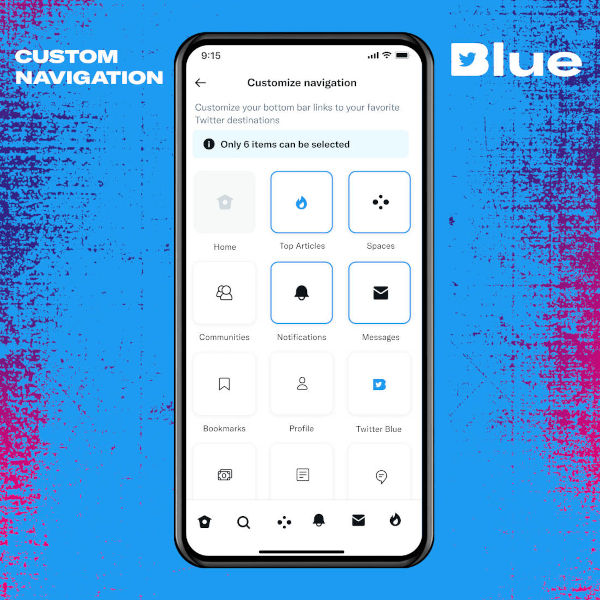 Possibly the most requested feature on Twitter is an edit button. The new Undo Tweet feature is sort of based on that idea but goes about it a different way. After you send a tweet, you get a timer during which you can cancel sending the tweet if you are not happy with it. Once the timer runs out, the tweet is automatically sent. Or you can hit Send now to send it manually. 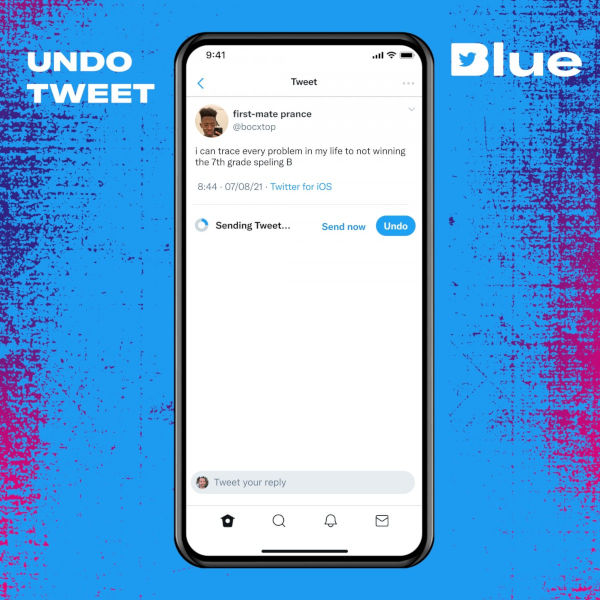 There is also a new Reader mode added to make reading long tweet threads easier. The Reader mode turns the tweet thread into a long page, similar to the experience offered by some third-party services like Thread Reader.

And of course, all other older features such as pinned conversations and Bookmark Folders are also available.

Twitter Blue is now available in the United States for $2.99 and in New Zealand NZ$ 4.49 for iOS, Android and web.