Popular Chat application, Telegram has received a new Sponsored Messages feature that will allow users to promote their own channel or bot. Sponsored messages will be displayed in public channels with at least a thousand subscribers and will be limited to 160 characters. They will be based solely on the topic of the public channels they’re shown in.

Telegram further emphasized the privacy bits as always, stating that no user data is mined or analyzed to display ads, and every user viewing a particular channel on Telegram sees the same sponsored messages. No ads will be shown in chats either and sponsored messages will not appear in your chat list, private chats, or groups.

Telegram hopes that the tool will help eliminate the need for posting ads on channels in the form of regular messages, in favor of the more user-friendly and less chaotic sponsored messages. 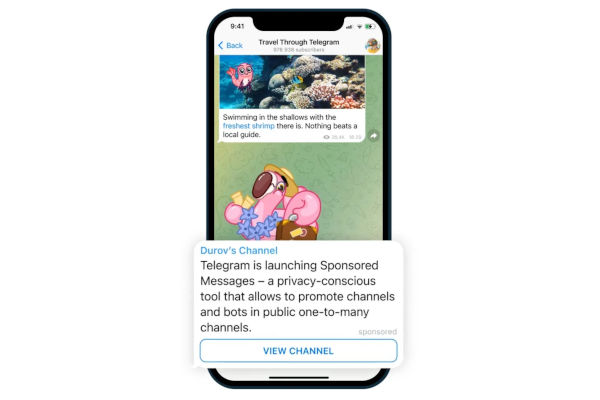 It is worth mentioning though that the sponsored messages feature is still under testing and is thus not available to everyone.

“Once they are fully launched and allow Telegram to cover its basic costs (such as equipment and data centers that are used by channel admins to deliver their content to our hundreds of millions of users), we plan to start sharing ad revenue with the admins of the channels where Sponsored Messages are displayed – because it is fair,” Telegram said in a statement.

The messaging service went on to compare itself with WhatsApp, emphasizing that the latter shares user data with advertisers, even though they don’t show ads themselves. WhatsApp lacks a channels function, and therefore, if you use Telegram the way you use WhatsApp, you will never be seeing ads.

ALSO READ:  WhatsApp Vs. Telegram: Which Messenger Has The Best Feature For You?
Advertisment

Samsung Galaxy Note 8 to be the first Snapdragon 836 powered...