Qualcomm has already confirmed that its next-gen flagship mobile SoC will be called Snapdragon 8 Gen1. The American chipmaker has even revealed that the processor will be officially unveiled on November 30. Ahead of that, the chipset gets benchmarked on AnTuTu with over a million points. 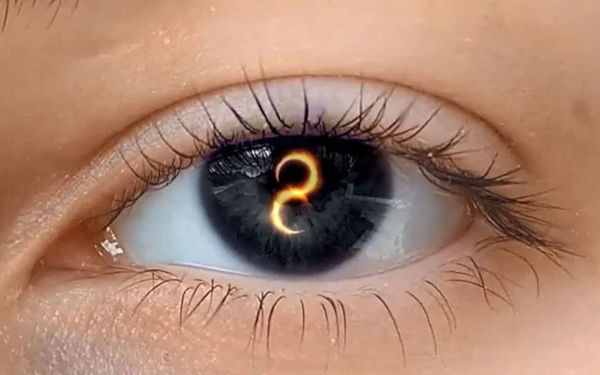 The upcoming Snapdragon 8 Gen1 is the first Qualcomm mobile SoC to cross 1 million points (10,35,020 points) on AnTuTu Benchmark. This information comes from a screenshot shared by a Weibo user. Unfortunately, the picture does not show the breakdown of the score in different categories. 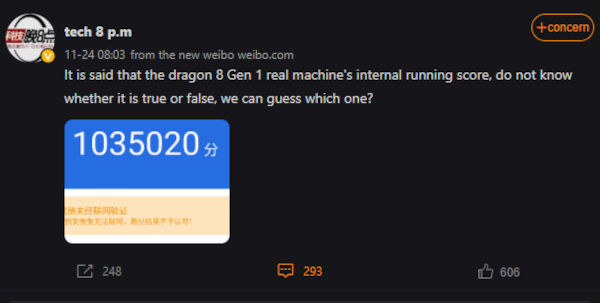 It is worth noting that even the newly unveiled MediaTek Dimensity 9000 SoC scores over a million points (10,07,396 points) on AnTuTu Benchmark. However, it’s not as high as that of the yet-to-be-announced Snapdragon silicon. For comparison, last-gen Qualcomm and MediaTek chipsets can score around 850K (Snapdragon 888) and 690K (Dimensity 1200) respectively.

Though there’s still a performance difference between the two, they are better than their predecessors in terms of scores. Anyway, at the end of the day, benchmarks only tell half the story. The real-world performance depends on the smartphone’s hardware and software optimizations.

With that said, what do you think about the upcoming premium Android phones that will be that will be powered by either the Snapdragon 8 Gen1 and Dimensity 9000? Share your thoughts in the comment section below.