A new report about the upcoming Samsung Galaxy S21 FE has emerged from LetsGoDigital and Concept Creator. This comes in a video format showing off a live mock-up sample of the rear panel of the device. 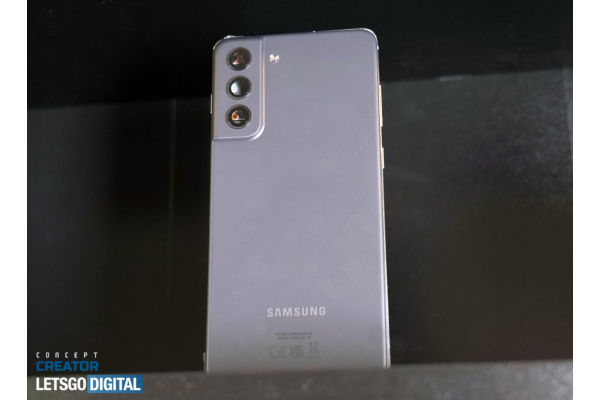 Jermain Smit, the Concept Creator himself, appears on the video to reveal the back panel mocked up on the frame of a Galaxy S10. Though it’s not exactly a “hands-on”, it actually gives an idea of how large it will be.

Although the design of the Galaxy S21 FE has yet to be officially confirmed, there’s no physical proof of the phone’s design – even though it is a mock-up based on previously known CAD renders. The back panel of the Galaxy S21 FE does feature that integrated camera bump from the S21 series, but its worth noting that this part of the unreleased phone is made of plastic.

Smit also statedthat he’ll be receiving the “main camera and telephoto lens”, so he may be able to confirm whether the cameras are optically stabilized.

The Galaxy S21 FE after several failed dates given will yet again reported to be launched during the 2022 Consumer Electronics Show in Las Vegas, which takes place between 5-8 January.

The Galaxy S21 FE’s unofficial specs include either a Snapdragon 888 or Exynos 2100 chipset (depending on the market), a 4,500 mAh battery, and a 6.4-inch AMOLED screen with 120Hz refresh rate and in-display fingerprint scanner. The phone is said to come in violet, pink, white, and gray colors.