Samsung launched the Galaxy A32 5G earlier this year, and later announced the 4G version of the phone after sometime. Now the renders of the Galaxy A33 5G has surfaced, thanks to @OnLeaks. The upcoming smartphone might not have a 4G version this year. 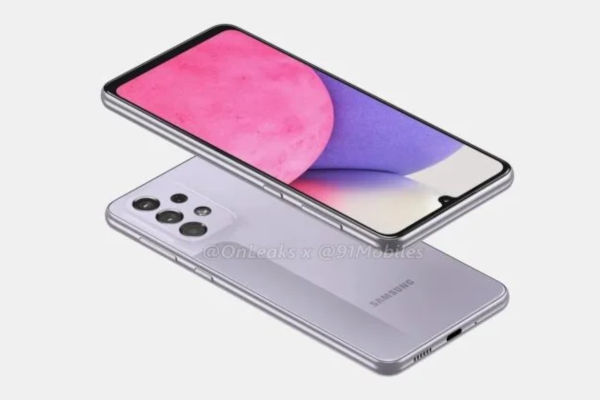 According to the renders, the phone features a 6.4-inch FHD+ flat display with an Infinity-U notch, and this could be a Super AMOLED display with 90Hz refresh rate, same as the predecessor.

There is a camera bump this time which houses quad cameras, and there is no 3.5mm audio jack which was present in the predecessor.

The phone reportedly measures 159.7x74x8.1~9.7mm (including camera bump). Camera and processor details are not available yet. Based on earlier rumours, the phone will come in Orange, Light Blue, Black, and White colours. It is expected to be introduced sometime in early January 2022.