Samsung Electronics has just unveiled its latest LPDDR5X DRAM. The company is the first in the industry to develop the next generation memory module that is faster and more efficient over the previous generation. 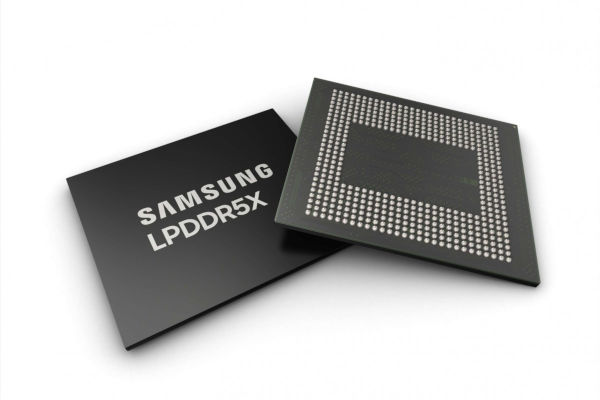 The South Korean tech giant unveiled its latest LPDDR5X DRAM earlier today (9th November 2021) and it is the first memory module in the industry to be based on the 14nm process.

Furthermore, the memory is a 16 gigabit Low Power Double Data Rate 5X (LPDDR5X) DRAM that will be featured in upcoming flagship grade smartphones that are set to launch next year. Xiaomi 12 will reportedly be equipped with LPDDR5X memory along with the next gen Qualcomm Snapdragon 898 SoC.

He further added that; “Our LPDDR5X will broaden the use of high-performance, low power memory beyond smartphones and bring new capabilities to AI-based edge applications like servers and even automobiles.”

Notably, the company’s LPDDR5X will offer over 1.3x faster processing speed while consuming nearly 20 percent lower power than the previous LPDDR5 solution, which should benefit the upcoming smartphone generations.

ALSO READ:  Galaxy S10 and Note10 Users In The US Gets One UI 2.1 Update
Advertisment

The INFOBAR xv Is A Feature Phone That Can Run A...