Last year, OPPO made a slight change in the way it number its ColorOS version – they are now in sync with the Android version. So, the latest iteration of the software skin is called ColorOS 12 since it’s layered atop Android 12. The update brings along a slew of UI changes and some new features. It was undergoing testing for the past few months but will soon start going stable according to the fresh November 2021 Roll-out Plan.

The ColorOS 12 November rollout plan reveals that the OPPO Find X3 Pro will be the very first to bag the update in the stable branch. The release will commence mid-November in Indonesia, Malaysia, and Thailand and will be done on a batch-by-batch basis. 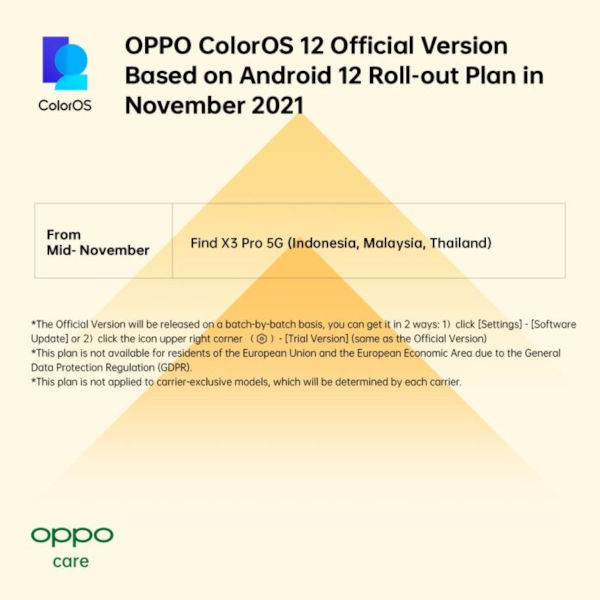 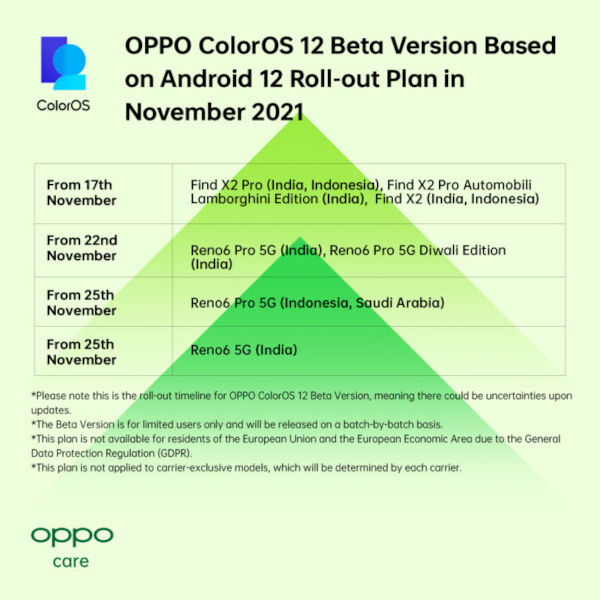 Last in line is the vanilla OPPO Reno6 5G that will be receiving ColorOS 12 based on Android 12 in India from November 26.

Please note that the above rollout plan is not applicable to carrier-locked models since the updates for such are determined by the carriers themselves.

Android 8 Oreo update Now Available For infinix Phones. How To...