Details about the Oppo Pad tablet’s price, as well as key specifications have popped up on the internet before launch. There have been speculations surrounding an imminent launch of Oppo’s first-ever tablet. 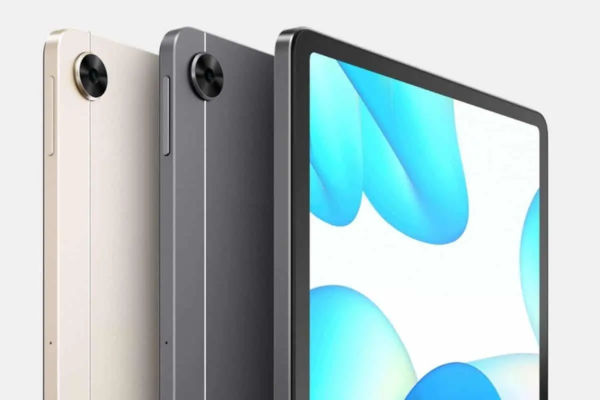 Oppo’s sister company Realme recently unveiled its first tablet dubbed, the Realme Pad. Moreover, some recently spotted live images gave us a glimpse of the alleged Oppo Pad prototype. Regrettably, the company is still mum on its plan to launch the Oppo Pad.

Moreover, a few screenshots making the rounds online divulged some key specifications of the upcoming tablet. Earlier leaks suggest that the tablet will pack a Qualcomm Snapdragon 870 SoC under the hood. 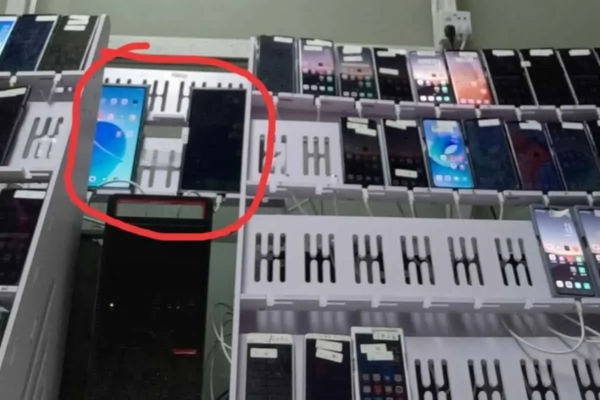 Furthermore, the device will reportedly feature a 120Hz display and run Android 12 OS. Now, a noted leaker has shared more pieces of information about the device, including the price tag it could be carrying.

Oppo Pad Specs and Other Details

Noted leaker Digital Chat Station has divulged more information about the Oppo Pad in a new Weibo post. According to the tipster, the Oppo Pad will come with an LCD display in a bid to keep the device affordable. Aside from that, the tablet will sport a 120Hz refresh rate display. Moreover, DCS shed more light on the device’s camera setup. 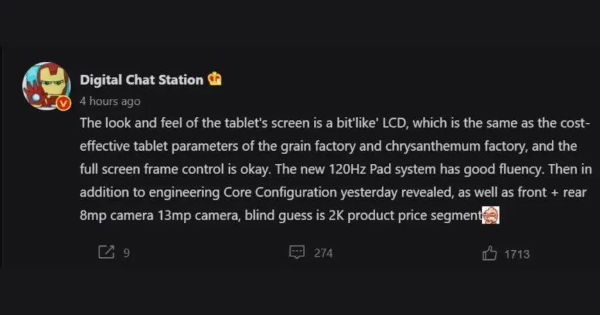 The tablet is likely to house a 13MP main camera at the back. In addition to that, the Oppo Pad will feature an 8MP front shooter for selfies and video calling. According to DCS, the Oppo Pad will retail for around CNY 2,000 (about INR 23,300).

If we are to go by earlier leaks, the Oppo Pad will be powered by a Qualcomm Snapdragon 870 SoC. Moreover, the tablet will ship with 6GB of RAM and offer a hearty 256GB of onboard storage capacity. If these speculations turn out to be true, the Oppo Pad might not be an affordable tablet. Instead, it could be a steeply-priced device.

Furthermore, the Oppo Pad will be running Android 12 out of the box with ColorOS 12 on top. Consumers will be able to avail themselves of some useful customization options.

In addition, the Oppo Pad will reportedly offer quick access to Home Screen widgets and other applications. It will also provide continuity features for an effortless toggle between the Oppo Pad and various other Oppo devices. Despite the lack of an official confirmation, the tablet is reportedly set to debut at the Reno7 series launch event. More details about the Oppo Pad could surface online in the coming weeks.