Have you been looking for a way to listen to the official soundtrack from your favorite Netflix show or movies? Worry no more, as Spotify and Netflix has just signed a partnership deal that will let you to do that. 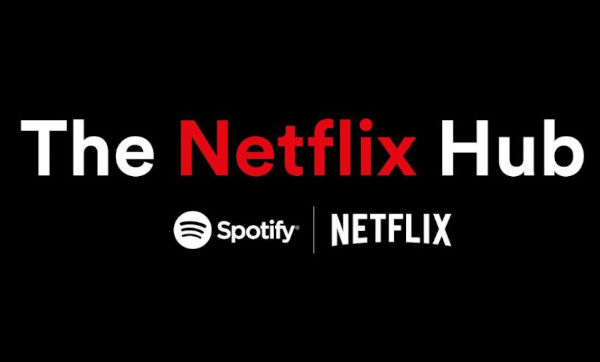 Spotify had on Tuesday announced a partnership with Netflix to launch an all-new Netflix Hub on Spotify where fans can get the full audio-streaming experience from the entertainment they love.

By searching “Netflix” on Spotify, you can find and sing along to the music behind some of your favorite Netflix shows—all in one place. 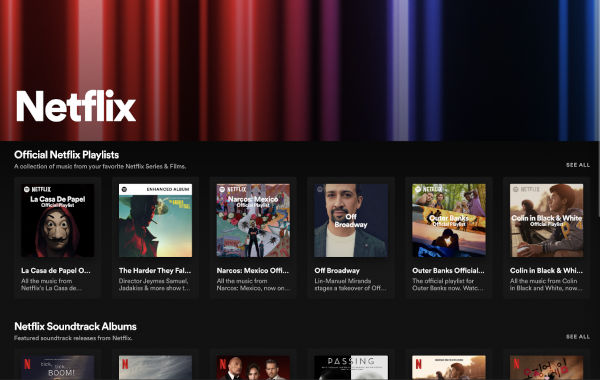 In the hub, users can find the official playlists for TV hits series and film like La Casa de Papel (Money Heist), Bridgerton, and Red Notice, as well as the official soundtrack for shows like Squid Game, Bruised, and Cowboy Bebop.

Besides soundtracks, it will also include Netflix-related podcasts like Okay, Now Listen, Netflix Is A Daily Joke, 10/10 (Would Recommend), and The Crown: The Official Podcast.

Spotify has also rolled out an “enhanced album experience” for the streaming platform’s new film, The Harder They Fall. This gives users access to the behind-the-scenes look at the creation of the movie’s soundtrack, led by Jay-Z, and the album’s exclusive audio liners from featured artists like Kid Cudi, Koffee, and Ms. Lauryn Hill.

Spotify has added new content to its La Casa De Papel page. There, you’ll find new videos from the cast and the show’s official playlist featuring tracks from the latest episodes.

Sign up if you don’t already have an account to start listening to your favorite sound track on Spotify.