Few months ago, media streaming giant Netflix announced its own gaming service named Netflix Mobile Gaming. The service made its debut in Poland with two Stranger Things mobile games. Now, the service is expanding to other regions as well. Here’s everything you need to know about it. 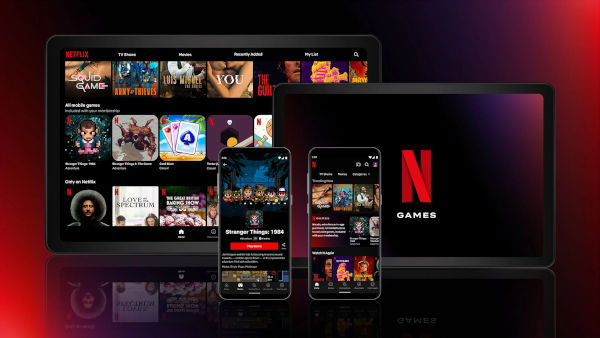 The Netflix application can be used to find the games as an individual download and confirm the Netflix account credentials before loading them. Some of the games need an active internet connection to keep playing but there are some games that work completely offline. However, in such a case, you will still need an internal connection to confirm your Netflix credentials at the time of loading the game.

Interestingly, this new game feature for the Netflix app also supports multiple and simultaneous logins, depending on your account type as it basically works the same as the streaming service.

The games coming to the platform include two smartphone-friendly games based on Stranger Things services and three arcade-y tap-action games. These titles were all previously launched on smartphone storefronts. However, as a part of Netflix Games, they have been updated to work without any upfront costs or hidden microtransactions.

While the games are all kid-friendly, there are listed as adult content. So, accessing them with a kids’ account will require entering the PIN code.

To play games, you will need an active Netflix subscription and the company notes that there are no ads, additional fees, or microtransactions. At the time of writing, it’s available on only Android operating system, but the company said iOS supports will be rolled out in the coming weeks.

Netflix has announced that its gaming services will now be available in more than 190 countries, including the United States. Users will still need to own either an Android-based smartphone or a tablet to play games.

FedEx refused to send a Huawei phone to the US