One of the key selling point of Google Pixel phones is exceptional photography among smartphones and the Pixel 6 Pro is not exception. The Pro version came with better camera compared to the standard Pixel 6. If the Pixel 6 offers the main module and ultra-wide, then the Pro version has a 48-megapixel telephoto lens with 4x optical zoom. 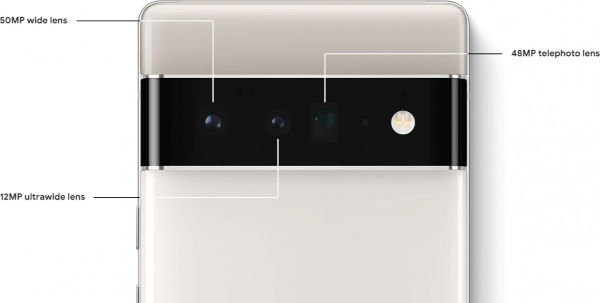 Well, despite all these, the Google Pixel 6 Pro would have normally been expected to come into the market as the leader. However, the guys at DxOMark did not give this model the status of the best camera phone, although they noted tangible progress in creating high-quality photos. In the test, they gave the Pixel 6 Pro an average score of 137 and gave it the seventh position in their ranking.

In their verdict, DxO experts noted that in terms of photo processing, the Pixel 6 Pro is the best among all Android devices. So, in general, the Google smartphone is good, both in taking photos and videos. But still, its photos come out better than videos. Among the strengths of the camera, experts noted good detail in bright light and indoors, good shadow detail, fast and accurate autofocus, effective video stabilization, wide dynamic range and good exposure. 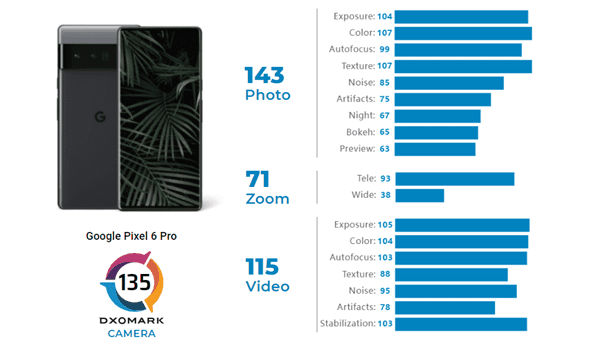 Among the disadvantages of the Google Pixel 6 Pro, they named noise in low light and indoors, depth errors and color instability, noise in video, errors in depth estimates and when creating photos with bokeh effect, as well as failures in autofocus in low light.

ALSO READ:  Google Pixel 6 and Pixel 6 Pro Will Not Come With Charger In The Box

Google To Start Displaying Its Search Engine Results In YouTube