WhatsApp to get a global voice message player soon

Few weeks ago, WhatsApp released a feature that allows you listen to voice messages using different playback speeds. Now, the developers are back again with new features for voice messages.

Today, the popular WhatsApp leakstar, WABetaInfo has spotted a new feature called global voice message player. This functionality allows you to listen to voice messages when you leave chats. It’s called global because it’s pinned to the top of the application, it’s always visible when you open any section of the app and it’s possible to pause and dismiss the voice message at any time.

This feature is very useful when you receive a voice message having a long duration. In this case, you can continue sending messages to other contacts when you are listening to the voice message. 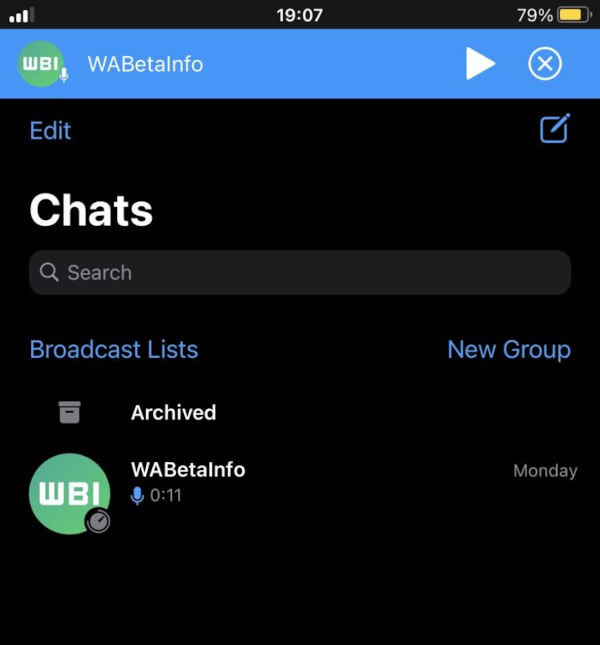 This feature was spotted during the development of WhatsApp beta for iOS (so it’s still not available), but WhatsApp is also planning to introduce the same feature on WhatsApp beta for Android as well, so be sure to follow us if you want to receive our updates when there is news!

Note that, seen that this feature is under development, WhatsApp may change the appearance of the global voice message player (colors, the interface) before the release, but we’re going to follow the development of the feature.