Chinese smartphone brand UMIDIGI has introduced the UMIDIGI Power 5S as another variant to the Power 5 series and a direct successor to the Power 3s of 2019. Just like the standard version, the new device focuses more on battery power and offers the latest Android OS out of the box. 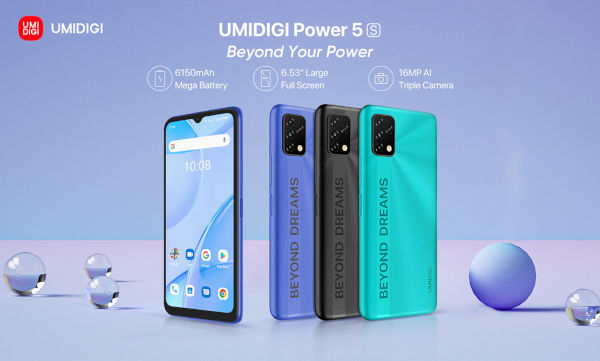 The Power 5S has almost the same specs as the standard model but its a trimmed down version in few areas. It maintains the same 6.53-inches IPS screen with 720 x 1600 pixels resolution and a dew-drop notch overhead.

Under the hood, this time around, the UMIDIGI Power 5S is powered by UNISOC Tiger T310 octa-core CPU, clocked at 2.0GHz, along with PowerVR GE8300 GPU. The model has 4GB RAM and either 32GB of internal storage.

As for photography, the phone comes with three camera modules on the rear – 16-megapixel + 8-megapixel + 5-megapixel. There’s a single camera on the front for selfies which is an 8-megapixel snapper. 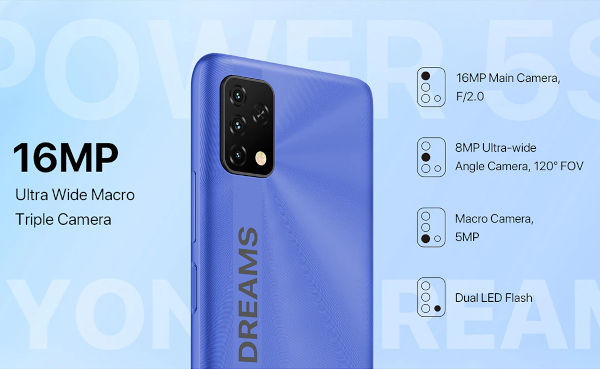 The device retains a side mounted fingerprint scanner, support dual-SIMs with 4G LTE network, and fueled by the aforementioned large 6150mAh battery with 18W charger. You are also getting USB C and the latest Android 11 out of the box. 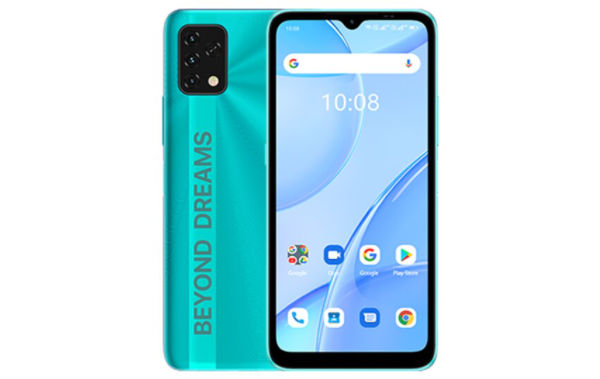 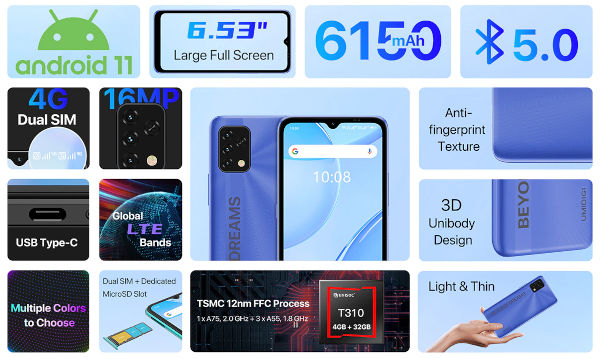 The Power 5s is available in three colors: Carbon Grey, Jade Green, and Carbon Grey. The phone is priced at $109.99 and can be purchased on online stores like Aliexpress.

Motorola one 5G Specifications and Price