vivo has over the past few years been consistently making waves in the mobile market. For a long time, the company limited its activities to the territory of its home country, but as experience, as skills grew, expanded its tentacles to the global market. And with the fall of Huawei coming in handy and vivo was among those currently benefitting from this. 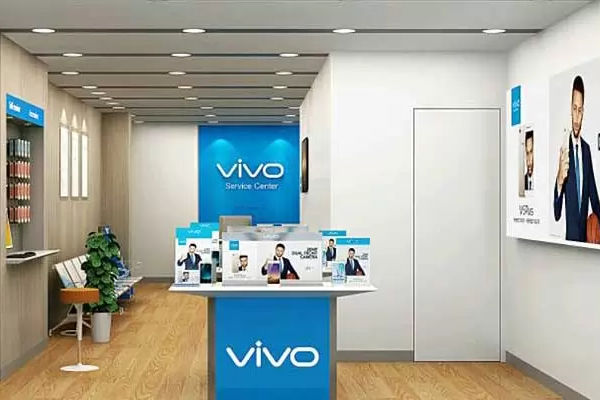 Just recently, Canalys analysts released the results of the third quarter of this year and gave vivo the fourth line in the world table of ranks. The company controls 10% of the smartphone market, up from 9% a year earlier. vivo is very proud of this achievement and published a special post focusing on the analyst report.

Samsung remains the clear market leader with a 23% share and the same amount was in the company’s assets a year earlier. The second position was taken by Apple, which managed to strengthen its position, increasing its own share to 15% against 12% a year earlier. The third line of the rating was staked out by Xiaomi, which controls 14% of the market share. The same amount was in its asset in the third quarter of last year. It is also worth noting that Oppo got 10% of the market. 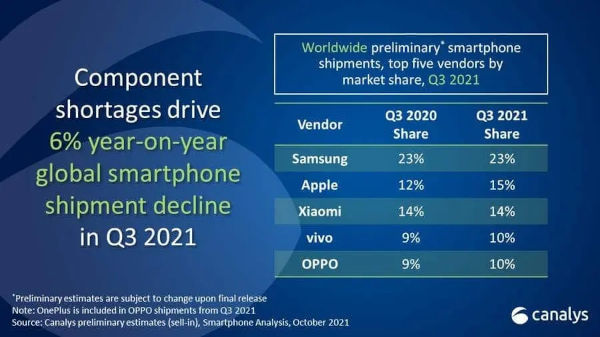 “The smartphone industry is striving to maximize production of devices as best it can. On the supply side, chipset manufacturers are increasing prices to disincentivize over-ordering; in an attempt to close the gap between demand and supply. But despite this, shortages will not ease until well into 2022. As a result of this, as well as high costs of global freight; smartphone brands have reluctantly pushed up device retail pricing.”

“At the local level, smartphone vendors are also having to implement last-minute changes in device specification and order quantities. It is critical for them to do this and maximize volume capacity; but unfortunately it does lead to confusion and inefficiency when communicating with retail and distributor channels,” continued Stanton.

ALSO READ:  Opinion: Can Bezel-less Be Seen As a Breakthrough Innovation?

“Many channels are nervous heading into important sales holidays; such as Singles’ Day in China, and Black Friday in the west. Channel inventories of smartphones are already running low, and as more customers start to anticipate these sales cycles, the impending wave of demand will be impossible to fulfill.

“Customers should expect smartphone discounting this year to be less aggressive. But to avoid customer disappointment, smartphone brands which are constrained on margin should look to bundle other devices, such as wearables and IoT, to create good incentives for customers.”

WhatsApp without smartphone connection now available to all users