Samsung Galaxy A13 5G renders reveals what it looks like

Samsung has been working on how to deliver affordable 5G phones into the hands of people with small pockets. The Korean giant is set to announce its cheapest smartphone yet, the Galaxy A13 5G, and ahead of its launch, renders of the phone have provided us with our first look. 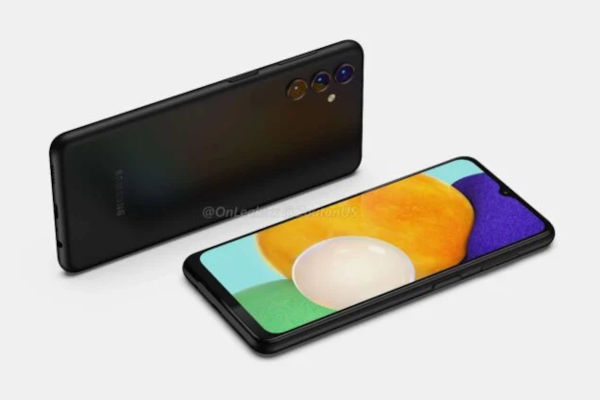 The Galaxy A13 5G will launch as the successor to the Galaxy A12 announced in November 2020. The renders, which have been provided by OnLeaks in partnership with Zouton, show Samsung is refreshing the design for the new phone.

As seen in the images, the Galaxy A13 5G will sport three rear cameras, one fewer than that of the Galaxy A12, stacked on top of each other. Apart from the sensors not being flush with the polycarbonate back of the phone, they are also not housed together. The design is different but gives the phone a clean appearance especially on the black variant.

Up in front, the phone will feature a 6.48-inch FHD+ LCD display with a notch for the front-facing camera. It has been reported that the phone will have a Dimensity 700 5G processor and will be available in 4GB and 6GB RAM variants with 64GB or 128GB of storage.

The configuration of the rear cameras is given as a 50MP f/2.0 primary sensor, a 5MP f/2.2 ultrawide camera, and a 2MP f/2.4 depth sensor. The phone is also expected to pack a 5000mAh battery and the source even mentions support for 25W fast charging which is surprising as Samsung’s budget phones usually don’t cross the 15W mark. Charging is via a USB-C port and there is an audio jack at the bottom.

Reports have it that the Galaxy A13 5G may launch by the end of the year but won’t be available for purchase until January 2022 with a starting price of $290 in the U.S. When it launches, it will be available in Black, Blue, Red, and White and will be sold by Amazon, Target, Costco, and Sears.