Netflix Launches “Play Something” and “Fast Laughs” on Android

With the massive catalog of movies and TV shows on Netflix, picking what to watch could be an overwhelming task. Well, not anymore. After adding this nifty shuffle feature to its smart TV app, Netflix is now introducing the ‘Play Something’ button to Android to help out of your indecisiveness.

The new feature lets Netflix choose a movie or TV show for you to watch with ease. The service recommends content using an algorithm based on your viewing history and taste.

Netflix Play Something on Android

Netflix users on Android will notice a new ‘Play Something’ button on the home page, tapping on which will take you to a random TV show or movie that Netflix thinks you might like. Right before starting the movie/ TV series, you will see an interface with details on why this show was suggested, along with the option to play something else. 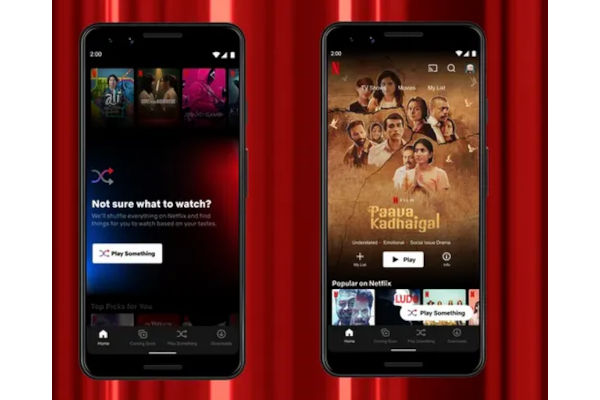 If you click the button again, Netflix will start playing one of the following:

Netflix’s Play Something feature is currently rolling out on Android. According to TheVerge reports, iOS users will have to wait to try out the feature. Netflix will start testing Play Something on iOS in the coming months.

Alongside Play Something, Netflix is rolling out the Fast Laughs feature on Android. First launched on iOS in March earlier this year, Fast Laughs is a TikTok-like feed of funny clips from movies and TV shows available on the streaming platform. The feature is available in select markets, including the US, Australia, Canada, Ireland, India, Malaysia, Philippines, and the UK. 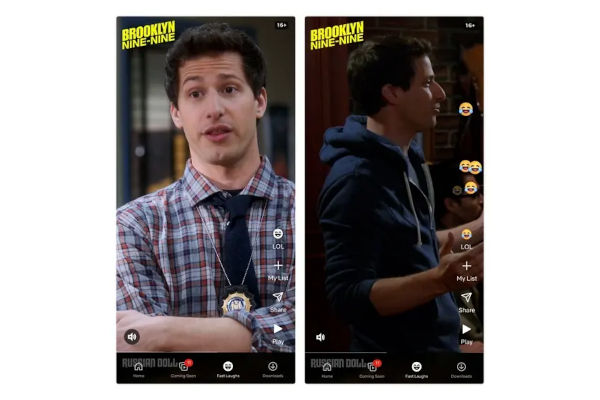 You can access Fast Laughs from the bottom navigation bar of the Netflix app. It’s placed between the ‘Coming Soon’ and ‘Downloads’ tabs. You will also find options to react, share the clip, mute, add to watchlist, or directly watch the show.

Other than these, Netflix is expanding its ‘Downloads for You’ tool to iOS over the coming months. The feature will automatically download movies and shows to watch online based on your preferences.

Android 12: Here’s a list of all the devices confirmed to get the update