The much publicized eNaira speed wallet application has been taken down from the Google Play Store, 48 hours after the digital currency was launched on Monday. 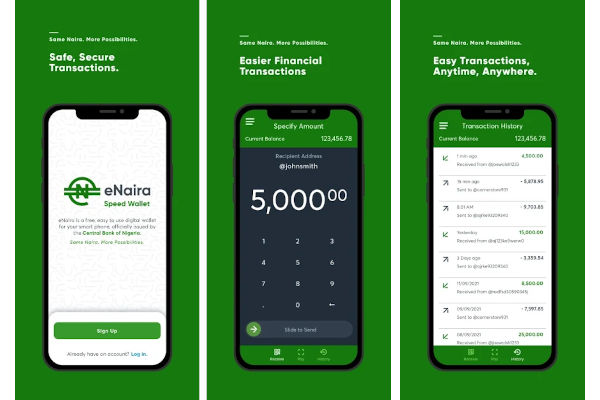 The development saw the West-African country emerge as the first country in the continent to create a Central Bank digital currency (CBDC).

The CBN released the digital currency which is a digital form of the naira that is housed in a secured wallet called the eNaira wallet.

Nigerians as at Wednesday had downloaded the speed wallet for eNaira on Google Play store after it was launched by the president.

CBN in a statement on the eNaira website, said interested individuals can sign-up on the eNaira speed wallet by inputting their details as captured during BVN enrollment.

The details include First Name, Last Name, Date of Birth, State of Origin, and Email.

“Your Banks are waiting to assist you in validating and updating your BVN details to ensure seamless enrolment to the eNaira Platform,” the statement reads.

However, on Wednesday evening, the eNaira speed wallet could not be downloaded, while the eNaira merchant wallet was available for download.

As the time of filing this report, the CBN has not reacted to the development.