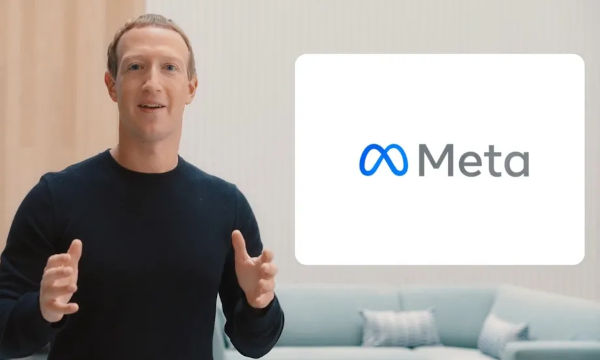 Reports had earlier emerged that Facebook was planning to change its name, a move that will help people separate the parent company from the social media platform. Today, the tech giant revealed its new name.

Meta will be the name of the parent company that owns Facebook, Instagram, WhatsApp, and Quest (Oculus is being retired). Think of it as the way Alphabet is the parent company of Google, Google Ventures, Waymo, Fitbit, Wing, etc.

“To reflect who we are and the future we hope to build, I’m proud to share that our company is now Meta,” Zuckerberg said.

“Our mission remains the same — it’s still about bringing people together. Our apps and their brands aren’t changing either. We’re still the company that designs technology around people.

“But all of our products, including our apps, now share a new vision: to help bring the metaverse to life. And now we have a name that reflects the breadth of what we do.

“From now on, we will be metaverse-first, not Facebook-first. That means that over time you won’t need a Facebook account to use our other services. As our new brand starts showing up in our products, I hope people around the world come to know the Meta brand and the future we stand for.”

Back in July, he told The Verge that over the next several years, Facebook would “effectively transition from people seeing us as primarily being a social media company to being a metaverse company.”

VR is the future of Meta(verse)

VR will be the backbone of the metaverse as Meta plans to bring 1 billion people into VR. To achieve this goal, the company has revealed it plans to sell its devices at cost or subsidized to make them reach more people. It will also continue to support side-loading and streaming from PCs to provide users with options rather than forcing them to use the Quest Store.