In his so call bid to end “tyranny of Big Tech” in the social media sector, the former US President Donald Trump has announced his own social media platform called TRUTH Social. Actually, in today’s world, the social media industry is controlled by only a few big tech companies, with Facebook being the biggest of them all. 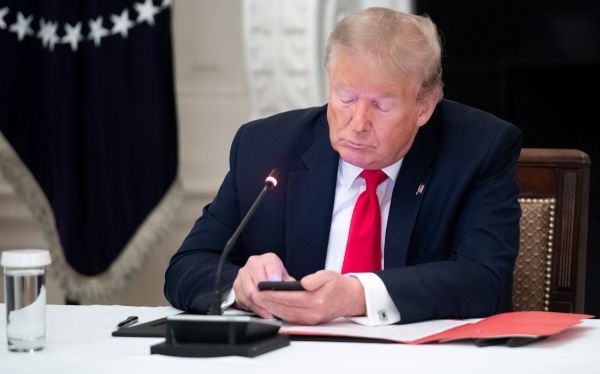 TRUTH Social, a social media company will be a part of Trump’s new tech organization named Trump Media & Technology Group (TMTG). It will, as per an official press release, go into the beta phase in November. TRUTH Social will be available as an invite-only social networking platform from early 2022.

The announcement of TRUTH Social and TMTG came recently via an official tweet from Trump’s spokesperson, Elizabeth Harrington. Harrington shared an image of the official press release in one of her latest tweets, which you can check out right below.

I am excited to send out my first TRUTH on TRUTH Social very soon…” pic.twitter.com/TCZVYq1VJQ

In case you are unaware, Trump had earlier hinted at his intentions of creating a social media company. It was when several social networking and media platforms, including Facebook, Twitter, and YouTube, banned the former US President for violating their policies, following the Capitol riots back in January 2021.

“I created TRUTH Social and TMTG to stand up to the tyranny of Big Tech. We live in a world where the Taliban has a huge presence on Twitter, yet your favorite American President has been silenced,” Trump said in a statement.

“TMTG was founded with a mission to give a voice to all. I’m excited to soon begin sharing my thoughts on TRUTH Social and to fight back against Big Tech. Everyone asks me why doesn’t someone stand up to Big Tech? Well, we will be soon!”, the former President further added.

The social platform is currently taking registrations for a waiting list via its official website. The app is also available to pre-order on Apple’s App Store and we get a glimpse of the upcoming social media platform.

In fact, in one of the screenshots, we can see a profile that is named “Jack’s Beard” along with a picture of a guy who, from a distance, looks much like Twitter’s CEO Jack Dorsey. In another screenshot that showcases chat conversations on TRUTH social, we can see “Jack’s Beard” angrily ordering to take down an account and its posts, which tries to depict Trump’s own ban on Twitter. 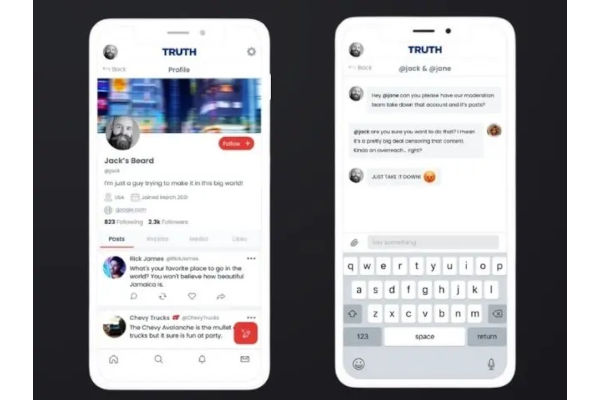 In addition, as per the app description, posts on TRUTH Social will be called TRUTHs and users can even re-TRUTH someone’s TRUTHs – like that’s never been done before. Well, if that’s not hitting Twitter right in their guts, I don’t know what is!

So it seems like Trump is going all-in against Facebook and Twitter with his TRUTH Social platform.  The platform will launch in the first quarter of 2022. However, as aforementioned, it will be available for invite-only users next month. So, are you looking to jump ship from Facebook or Twitter?