Apple has finally unveiled its newest Apple Silicon chips called the M1 Pro and M1 Max. Compared to the M1 that made its debut last November, these have 70% faster CPU performance. 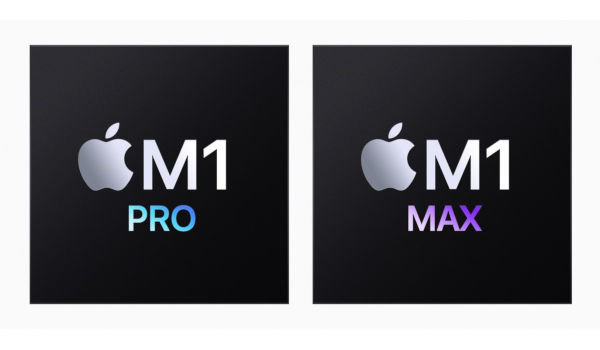 Speaking about graphics, the difference is even more pronounced, with the M1 Pro’s GPU being 2x faster than that in the M1, while the M1 Max GPU is up to 4x faster than the M1’s. They are built on a 5nm process.

The specifications of the M1 Pro and M1 Max, as presented by Apple’s Johnny Srouji are as follows.

The M1 Pro has a new 10-core CPU, with eight high-performance cores and two high-efficiency cores. “Compared with the latest 8-core PC laptop chip”, Apple says, the M1 Pro delivers up to 1.7x more CPU performance at the same power level and achieves the PC chip’s peak performance using up to 70% less power.

It also has an up to 16-core GPU, which is supposedly “up to 7x faster than the integrated graphics of the latest 8-core PC laptop chip”. And compared to “a powerful discrete GPU for PC notebooks”, the M1 Pro “delivers more performance while using up to 70% less power”. 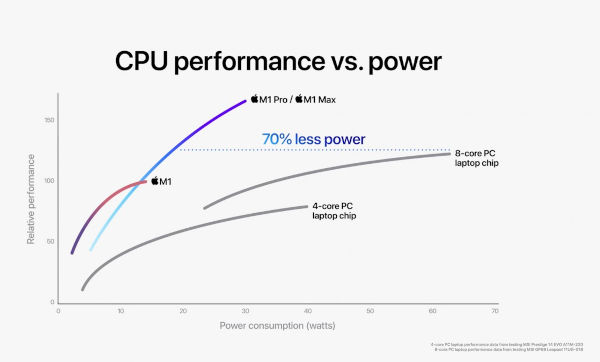 The GPU “delivers performance comparable to a high-end GPU in a compact pro or PC laptop while consuming up to 40% less power”, as well as “performance similar to that of the highest-end GPU in the largest PC laptops while using up to 100W less power“, according to Apple. 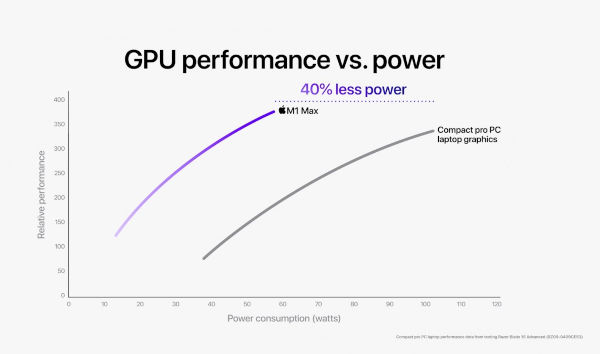