What seems to be our first-ever look at the upcoming Xiaomi’s flagship – Xiaomi 12 is here. The device was allegedly spotted in action in a subway. 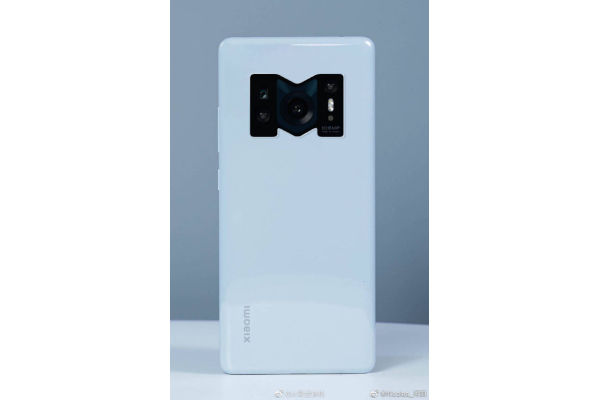 Tipster Mukul Sharma has shared a couple of images from Weibo showing the device in action. Not much is visible about the phone really due to it being covered by an odd-looking case, but it does seem to have an unusually tall display. Or it could just be the angles playing tricks.

The Xiaomi 12 was earlier tipped to feature a smaller punch-hole design and a high screen-to-body ratio along with a slight curvature of the sides. But these improvements, unfortunately, are near impossible to spot thanks to the pitch-black content being displayed on the phone in the leaked images.

Alleged live hands on image of the Xiaomi 12 leaked on Weibo.#Xiaomi #Xiaomi12 pic.twitter.com/F27I4xQVpE

Nonetheless, a Xiaomi 12 launch was imminent considering that its predecessor – the Mi 11 Ultra – is already being phased out in countries like India. The device reportedly also received Indian BIS certification, further confirming an upcoming release soon. Rumors have pointed towards an early-2022 release date but that hasn’t been officially confirmed yet.

As hardware specifications, Xiaomi 12 will be one of the first devices to feature the Qualcomm Snapdragon 898 chipset that will be manufactured using a 4nm process. It may pack up to 12GB LPDDR5x RAM and up to 512GB UFS 3.1 storage. 120W wired and 50W wireless charging may also be supported.