The two phones share a similar design but there are subtle differences that distinguish them apart. AGM says it has designed a new modular chassis for the phones which allows them to be moded.

The two phones have a waterdrop notch for the front-facing camera and a thick bottom bezel. On the back is a big round protrusion for the gigantic speaker it packs. The cameras and LED flash are arranged around this protrusion while a fingerprint scanner sits below.

The AGM G1 differs from the AGM G1 Pro with respect to the orange accent on the latter. This accent can be seen around the display, on the back, and on the corners of the phone. 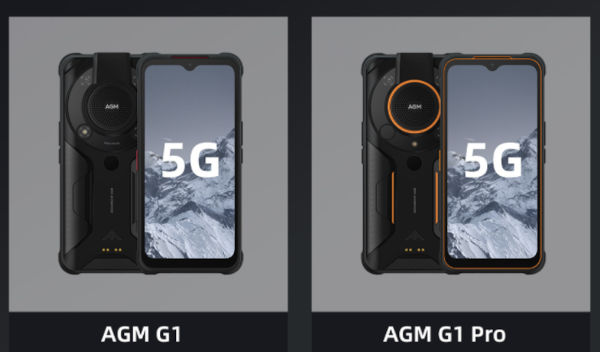 It is important to mention that these are rugged phones with big batteries, so they are not lightweight. The AGM G1 Pro weighs 370 grams.

The AGM G1 Pro features a 6.53-inch FHD+ LCD display but the type of protection available on the screens was not mentioned. However, AGM claims that it offers diamond-grade resistance. There is also glove support and the phone will continue to work at a temperature range between -30°C and 60°C. It can even operate for about half an hour when the temperature drops to -40°C.

Powering the device is the Snapdragon 480 5G processor paired with 8GB RAM and 256GB of storage. There is support for storage expansion for users that need more space for apps and files. 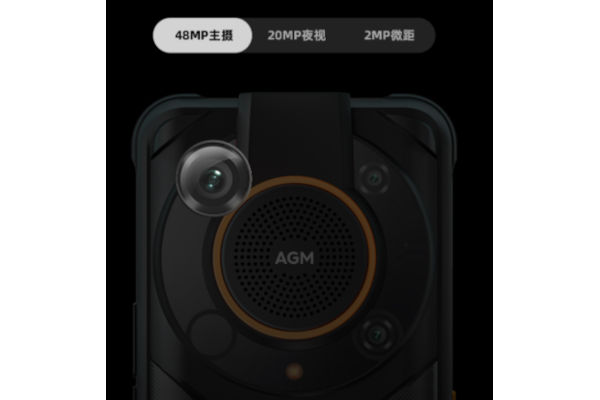 The cameras on the phone is a 48MP main sensor, a 20MP Night Vision camera, and a 2MP macro camera. It can take clear and sharp photos in the dark thanks to the infrared night vision camera. This camera is also useful for detecting hidden cameras. This model also has support for thermal imaging which the standard version lacks. There’s a 16MP front-facing camera for selfies shots. 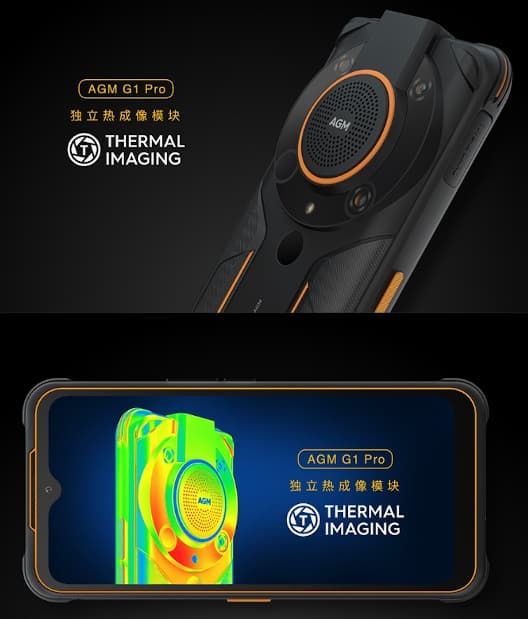 The AGM G1 Pro also has a 3.5W speaker with an amplitude of 112dB. There is also a Smart PA that ensures the sound output is clear and not distorted. Another feature both phones have is a one-key rangefinder positioned at the top for measuring the distance between two positions.

AGM says the does not only have an IP68 MAX rating but also an IP69K rating which is for protection against high temperature and high-pressure water. They are also MIL-STD-810H certified.

There is a massive 6200mAh battery inside the phone and it ships with an 18W power adapter. The rugged handset runs X OS 6 based on Android 11 out of the box. 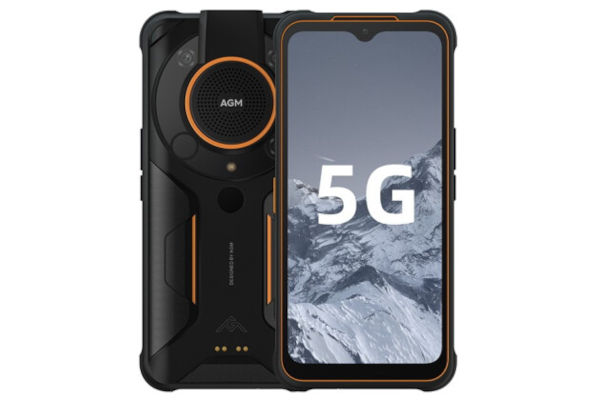