Today, vivo has officially launched its first self-developed chip, named Vivo V1 which is an Image Signal Processor. It has also been confirmed that the upcoming vivo X70 series smartphones will come equipped with this new chip. 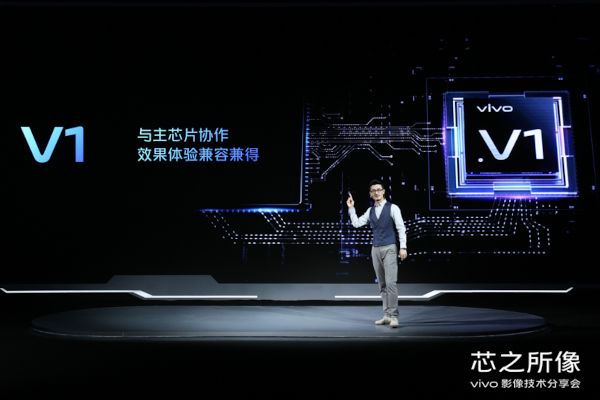 The Chinese company was working on its self-developed Image Signal Processor (ISP) chip which was recently leaked online. Soon after that, the company’s Executive Vice President Hu Baishan officially confirmed that the company is indeed gearing up to launch the vivo V1 ISP chip.

For launching this new vivo V1 chip, a team of over 300 people worked for more than 24 months for Research & Development as well as the Chinese company had in-depth cooperation with smartphone processor manufacturers. This is to ensure that the Vivo V1 ISP works smoothly with the main processor without any compatibility issues.

The company claims that the new V1 chip offers high computing power, low latency, and low power consumption. Along with processing complex calculations at high speed, it can also complete parallel processing of data like GPU and DSP. However, the company adds that Vivo V1 has massive improvement in energy efficiency ratio compared to DSP and CPU even when faced with a large number of complex operations.

Vivo has optimized the data storage architecture as well as the high-speed read and write circuits inside the chip to maximize simultaneous processing capacity. It is able to achieve an equivalent of 32MB large cache with on-chip storage.

The company claims that it surpasses current flagship desktop processors when it comes to low-latency real-time noise reduction and frame insertion. When processing tasks with the same amount of calculation at high speed, the dedicated algorithm in Vivo V1 reduces the power consumption of the hardware circuit by about 50 percent.

Vivo also worked with the Zeiss team to over technical limitations like process and yield and the glass lenses can now offer high light transmittance, ultra-low dispersion, and thermal stability. The AOA dynamic optical calibration process is used to adjust the sharpness reduction by lens thickness errors and lens eccentric errors.

The China-based company has also introduced SWC coating technology which ensures that the reflected light is fully suppressed, and the reflectivity is reduced to a minimum of 0.1%, which greatly improves the quality. 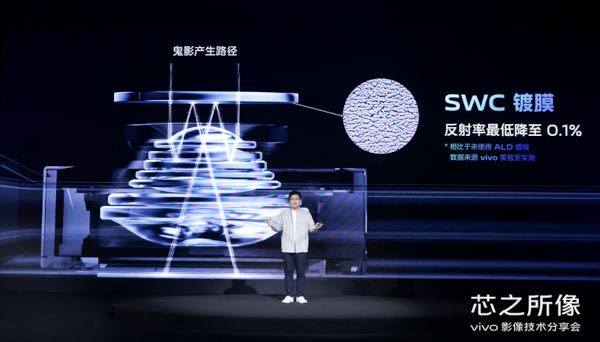 As noted, the Vivo V1 ISP chip will be equipped in the upcoming Vivo X70 series smartphones that are set to be officially launched in the Chinese market on 9th September at 19:30 local time. Soon after the China launch, the smartphone lineup is expected to have its global launch.