Back in February, Twitter announced the super follows feature and in June, it opened the application portal. Now, the functionality has started rolling out to some select accounts. The new feature allows creators to charge their followers for access to special content on a monthly subscription. 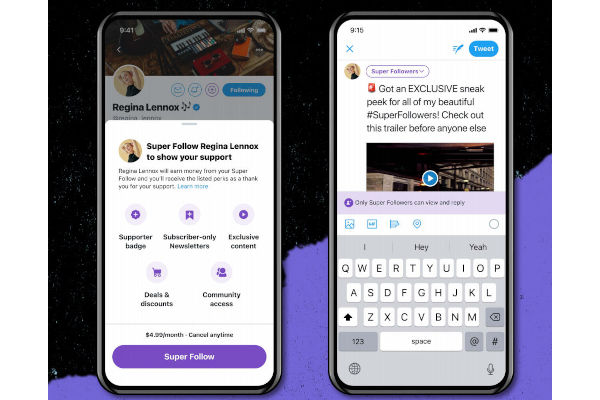 The Super Followers will be able to say, see exclusive content, get a subscribers-only newsletter, deals, and discounts on your products, community access, a special supporter badge, and more.

Subscription charges range from $2.99, $4.99 to $9.99 and accounts eligible for Super Follows feature can now mark some tweets for subscribers only.

Subscribers will have a special Super Follower badge to separate them from the “free” followers.

For now, the feature is rolling out to some few selected iOS users in the US and Canada, these can Super Follow accounts that are in the initial test group.

People who don’t have the Super Follows feature can apply for a waitlist under the monetization tab in the Twitter app. To be eligible, people need to have at least 10,000 followers, be at least 18 years old, have tweeted 25 times in the last 30 days, be in the US, and must comply with Twitter Super Follow Policy.

For now, Super Follows for creators is now available only on iOS, however, Twitter said that support for desktop and Android will be coming soon.