Telegram is rolling out new updates with version to v8.0, bringing interesting features. These include Live Streaming capabilities for unlimited people, the ability to preview messages before forwarding, larger thumbnails when scrolling the sticker set bar, and more. 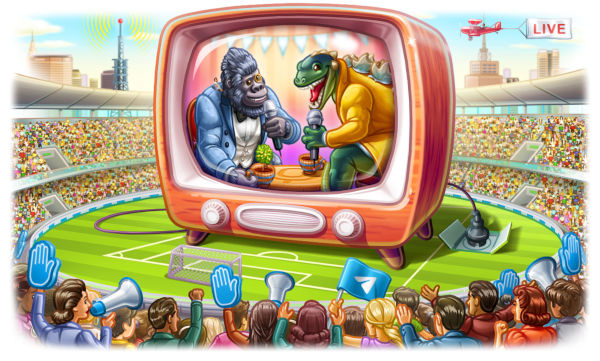 Telegram introduced Group Video Calls in its update as a powerful tool for live broadcasts, and now your audience is unlimited (except by the popularity of your channel, or the population of Earth, whichever is more relevant in your case).

How To Start A Live Stream

Start a Live Stream in a channel or a Video Chat in a group – both now support unlimited viewers. The power to run your own TV station is here, right in your pocket.

To begin, tap ‘Video Chat’ (in Groups) or ‘Live Stream’ (in Channels) on the profile page of a community where you are an admin.

The viewers of your Live Stream can also raise their hand and join your broadcast if you allow them to speak.

Forwarding messaging now offers a better experience as users can now see a preview window before sending, along with a number of customization options such as hiding the sender’s name or hiding the caption on media messages.

When reading through multiple one-to-many channels on Telegram, users can quickly jump to the next one by scrolling up when they reach the bottom of a channel.

The new update is rolling to all users, kindly update your telegram messenger to v8 so that the new feature can be visible.

Gionee A1 Lite Specification and Price