Samsung will soon unveil a new mid-range smartphone called the Galaxy F42 5G. However, almost every details about the device is out. Now, the smartphone has surfaced on the Google Play Console ahead of its September 29 India launch. 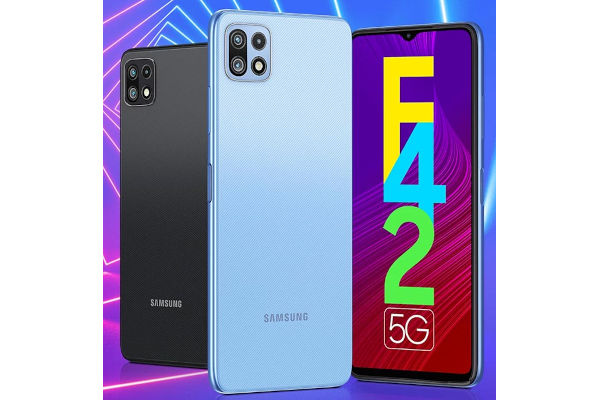 According to the Google Play console, the Galaxy F42 is just a rebranded Galaxy Wide5. It has the same specs as the Samsung Galaxy Wide5. The Galaxy F42 5G will feature a water-drop notch panel with a Full-HD+ resolution. It will have an exact resolution of 1080 x 2009 pixels and a pixel density of 450 PPI.

The smartphone is powered by the MediaTek Dimensity 700 SoC paired with 8GB of RAM. We expect this particular variant to be the top model and it may also come in a 6GB RAM option. As for the software, the device will boot on Android 11 out of the box. 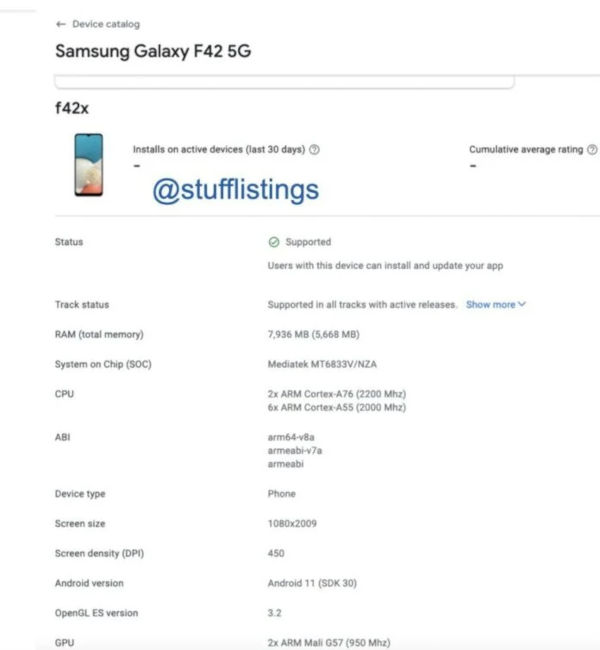 Apart from the listing, the smartphone previous certifications revealed that it will have a 90Hz screen refresh rate and may feature a 6.6-inch LCD display panel. The device is touted to come with a triple camera system with a 64MP main lens, a 5MP ultra-wide sensor, and a 2MP depth-sensing lens. It will pack a 5,000mAh battery with support for some fast charging technology.

The Samsung Galaxy F42 5G is expected to go official on September 29 in India. It will be sold exclusively via Flipkart and is expected to come at a similar price range as its predecessor. The predecessor Galaxy F41 retails for INR 14,499(~$196) in the country.