Earlier this year, Motorola showed off its true wireless charging technology, which requires no physical contact between the device and the charger. Now, the Lenovo-owned company has unveiled an updated version of this tech. 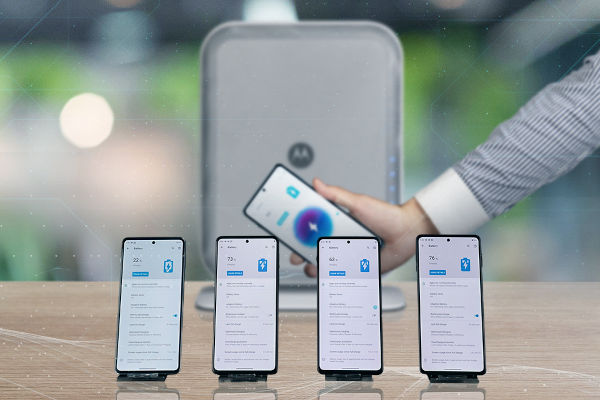 Motorola previously called its true wireless charging tech ‘Motorola One Hyper’. It was weird for the brand to use a name associated with one of its budget smartphones from 2019. The brand has now changed the name to ‘Motorola Air Charging’.

Motorola’s true wireless charging not only gets a new name, which sounds similar to ‘Xiaomi Mi Air Charge’ but also a complete working prototype. For those unaware, Xiaomi’s solution is just a concept.

According to the official announcement on Weibo, the Motorola Air Charging technology can charge up to 4 devices at the same time. It works within a range of 3m and 100°.

The company says that its solution uses 1600 antennas that scan regularly for devices. With the help of this network setup, an independent chipset, and algorithm, the firm claims stable charging.

The sub-brand of Lenovo also says that the solution works through paper, leather, and similar objects. However, for safety, the charging stops when a human presence is detected via ‘biological monitoring technology’.

Unfortunately, Motorola is yet to officially announce when its Air Charging solution will be commercialized. Though one of the Lenovo execs does hint that Motorola Air Charging is almost ready to hit the market.