The Microsoft Store has announced that it is ready to integrate with third-party app stores. Amazon and Epic Games will be the first to release their products in the Microsoft store for the Windows software platform. 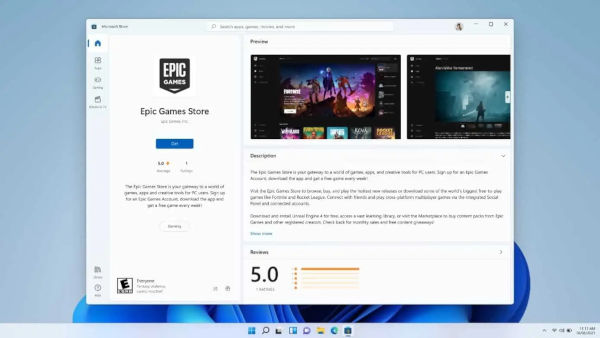 The news comes a few months after Microsoft announced major upcoming changes for its digital content store. The site was redesigned for Windows 11, the developers updated the interface and made the Microsoft Store more modern and consistent with the look of the operating system.

Back in June, Microsoft‘s chief product officer, Panos Panay, said the Microsoft Store platform was open to Steam and other third-party stores. While Steam does not yet offer its products in the Microsoft Store; it is possible that it will become available on the platform of the software giant in the future. But soon, games from the Epic Games Store will appear in the Microsoft store, which should also be convenient for users. And by integrating the Amazon store, Windows 11 users will be able to use Android apps on their systems