Lenovo has today announced a ton of new products at its annual Tech World 2021 virtual event. These include two new laptops, a couple of tablets, and a new hybrid Chromebook device with a detachable display. So, let’s take a quick look at the key specs and features of these devices. 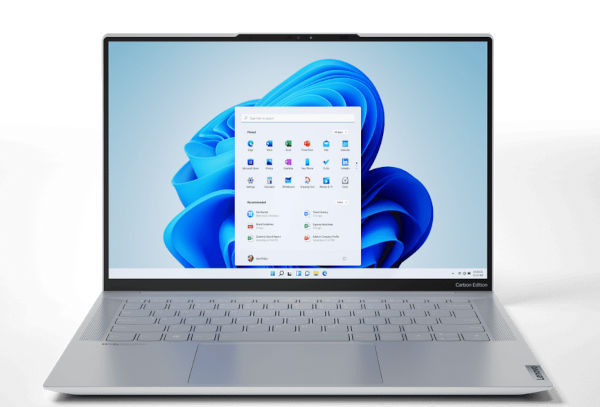 Under the hood, the Slim 7 Pro packs up to AMD Ryzen 7 5800H processor along with up to Nvidia GeForce RTX 3050 GPU. The Slim 7 Carbon, on the other hand, packs up to an AMD Ryzen 7 5800U mobile processor along with up to Nvidia GeForce MX450 GPU. Both the devices pack up to 16GB of RAM and up to 1TB of SSD storage. While the Yoga Slim 7 Pro comes with microSD slot support to expand the storage or improve your creative workflow, the Slim 7 Carbon lacks the feature. 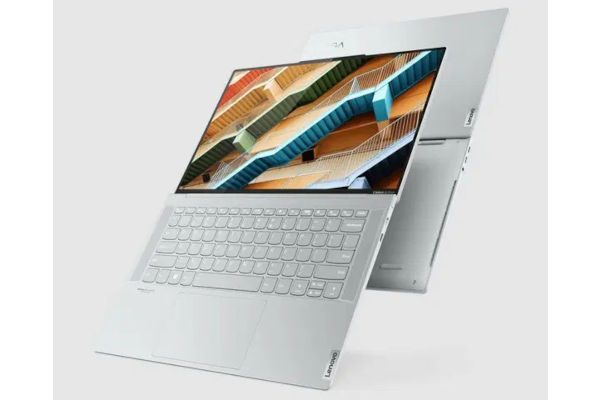 Coming to the battery, the Yoga Slim 7 Pro can deliver 12.5 hours of usage on a single charge. The Slim 7 Carbon, however, comes with a longer battery life support. It can deliver up to 14.5 hours of battery life on a single charge. Moreover, users can find two USB-A ports, one USB-C port, and an HDMI port on the Slim 7 Pro. However, the lower-end Slim 7 Carbon only comes with two USB-As and one USB-C.

As for the design, the Yoga Slim 7 Pro is about 2.1 kgs in weight and is 17.4mm thick. However, if users want a more portable option, they could go for the Slim 7 Carbon as it comes with a carbon fiber build and weighs a little over 1 kg.

Apart from the Yoga laptops, Lenovo also revealed a new two-in-one Chromebook device – the Lenovo Duet 5. The device has a 13.3-inch touch-enabled OLED panel that can be easily detached from the keyboard to turn it into a Chrome OS tablet. Lenovo Duet 5 Chromebook packs the Qualcomm Snapdragon 7c Gen 2 processor inside, along with up to 8GB of RAM and up to 256GB on internal storage. 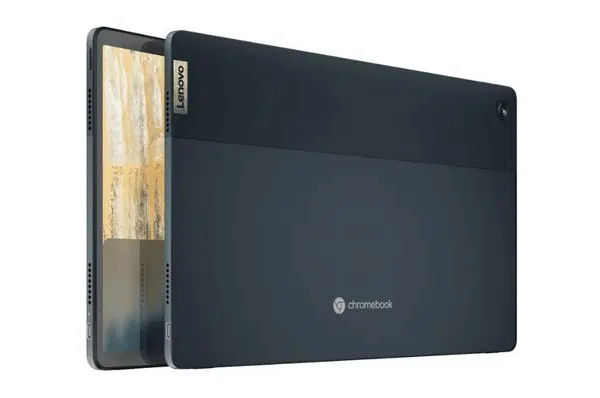 Furthermore, it comes with an 8MP rear camera and a 5MP front camera for selfies and video calls. There are two USB ports aboard the device as well. As for the battery, the Duet 5 Chromebook can run for up to 15 hours on a single charge.

Alongside the new laptops and the hybrid Chromebook, Lenovo has also announced two new tablets – the P11 5G and P12 Pro.

Lenovo P11 5G comes with an 11-inch display with a maximum resolution of 2000 x 1660p. Under the hood, the device has the Qualcomm Snapdragon 750G chipset, along with up to 8G of RAM and up to 256GB of storage. Users can also expand the internal storage, thanks to the onboard microSD slot. Plus, as the name suggests, the device comes with support for 5G networks and Wi-Fi 6. 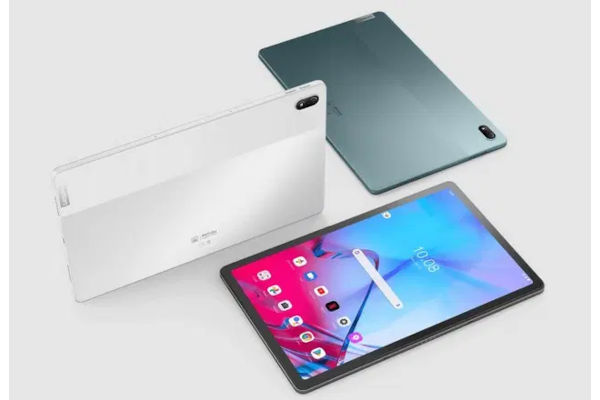 Furthermore, the P11 5G comes with a single 13MP camera sensor at the back and an 8MP front camera. Other than this, you have four JBL speakers onboard and a massive 7,000mAh battery that supports 20W fast charging.

Now, coming to the higher-end P12 Pro tablet, it comes in two variants – with or without support for 5G networks. There is a Wi-Fi-only variant of the device launched at the event. It boasts a 12.6-inch AMOLED panel with a 120Hz refresh rate and a maximum resolution of 2500 x 1600p. It also supports HDR10+ and Dolby Vision technology to deliver an immersive viewing experience.

Under the hood, the device packs the Snapdragon 870 SoC paired with up to 8GB of LPDDR5 RAM and up to 256GB of internal storage. Moreover, there is a microSD card slot to further expand the internal storage. 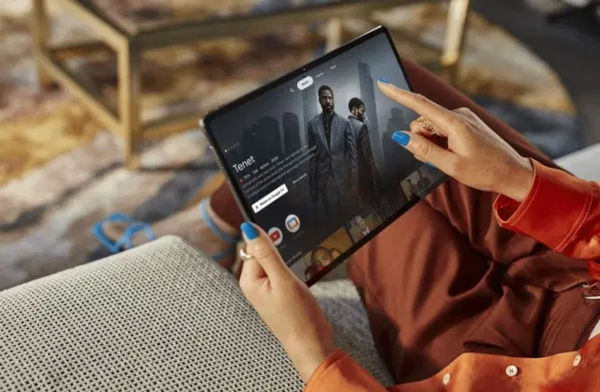 As for the cameras, the P12 Pro comes with a dual-camera setup at the back, including a 13MP primary lens and a 5MP ultra-wide lens. For selfies and video calls, the device packs a 5MP front camera.

Turning to the battery, the tablet comes with a massive 10,200mAh battery that supports 45W fast charging. There is also an integrated fingerprint sensor on the power button. Plus, there are pogo pins to connect other accessories like the optional keyboard accessory.

Although there is no information on when the company plans to make the devices available for purchase, Lenovo has revealed the prices of the devices.

Turning to the P-series tablet devices,

Lenovo will launch all of the above devices sometime during October. The new Yoga laptops are Windows 11-based devices and will run the OS out-of-the-box. The laptops will be available on the company’s official Lenovo.com website.