Today was a big day for Honor. It released new laptops, TVs, tablets, etc. As for the latter, the Huawei’s ex sub-brand released the Honor Pad V7. 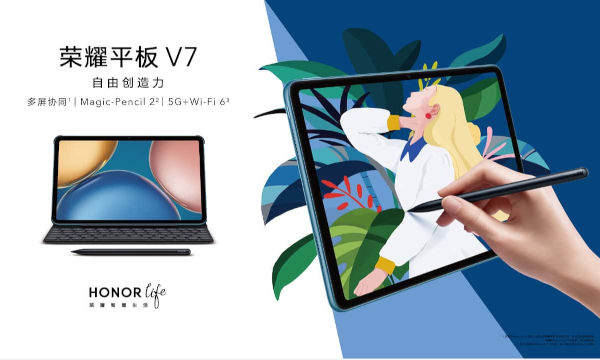 The Honor Tablet V7 inherits the overall look of the previous Pro version. The front carries a quad-sided full-width 10.4-inch full screen. The screen frame is only 7.9mm, and the screen-to-body ratio reaches 84%. It has 2K-level resolution and 90Hz refresh rate. Shortly put, the screen of this tablet can provide extremely clear and smooth display effect.

At the same time, the Honor Pad V7’s screen also supports HDR 10 certification. Thus, it comes with video enhancement and super-division algorithms that improve the dynamic range and resolution of the picture. Among tablets, it stands out and this tablet can take the picture experience to the next level.

“With the MediaTek Kompanio platform, users can count on incredible mobile computing experiences,” said PC Tseng, General Manager of Intelligent Multimedia Business Unit at MediaTek. “The Kompanio 900 delivers robust computing power, outstanding audio and video multimedia features, smooth gaming capabilities and support for the latest 5G and wireless features so users can get the most out of their devices.” 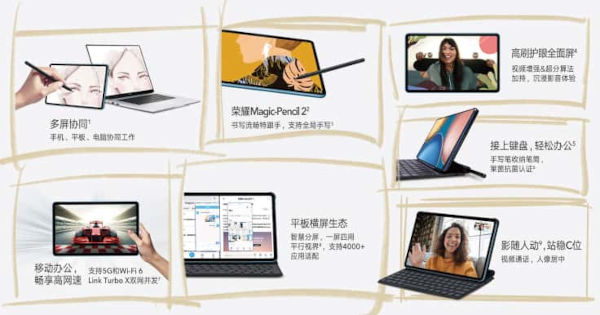 In addition to the excellent visual experience, the Honor Pad V7 also sports four symmetrical large-amplitude speakers. Due to the professional audio tuning of DTS: X Ultra, users will get a live audio experience when playing games or watching movies.

According to the official introduction, the machine supports Magic-Pencil 2 stylus. Using non-inductive Bluetooth connection and pairing, the delay is extremely low. So the stylus can bring a very convenient operation experience in scenes that require fast handwriting and drawing.

Other than that, thanks to software modifications, the Magic-Pencil 2 can be used with up to four tablets simultaneously. We mean no need to implement any switching operation before using on other tablets.

In addition to the stylus, the Honor Pad V7 also supports Rheinland’s antibacterial certification and an exclusive smart Bluetooth keyboard designed with an innovative rechargeable pen holder. It carries a voice input key, which can be clicked to enter global voice input, and it can recognize and convert multiple languages. Agree that this is quite useful for office tasks and can improve job effectiveness.

The Honor Pad V7 is consistent with the previous Pro model. Thus, it comes with MagicUI 5.0 system out of the box. Why we emphasize this because this system has optimizations for tablet devices. At the same time, it provides a complete multi-tasking, multi-window interactive experience, supports the drag and drop function of photos, text, and files in some apps. Due to Multi-screen Collaboration 3.0, it also supports the drag and drop function of cross-device applications.

Apart from all these, it supports smart split screen, computer mode, parallel vision and other functions. Among them, the parallel vision currently supports as many as 4000+ applications, which basically cover the mainstream apps that can be used daily. Thus, among other Android tablets, the Honor Pad V7 has serious advantages. 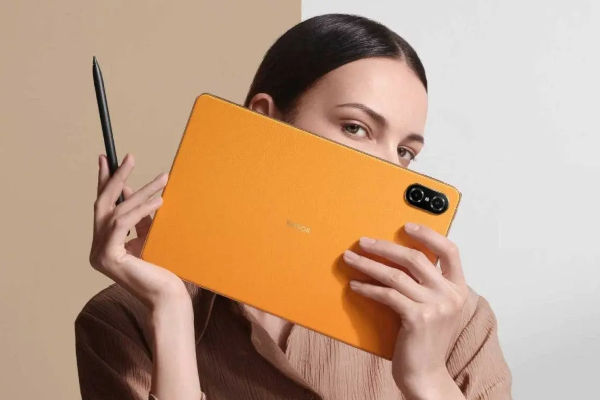 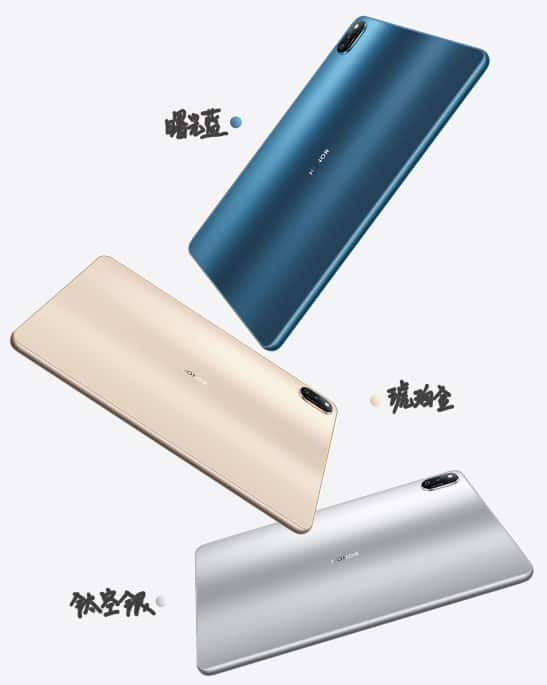