After a few years of declined sales, the tablet market seems to be on a good ride, thanks to last year pandemic lock down. And, now almost every manufacturer wants to gets its own share from the growing market including those that never cared for the tablet space before. UMIDIGI is one of them as it has just teased the coming of its very first tablet. 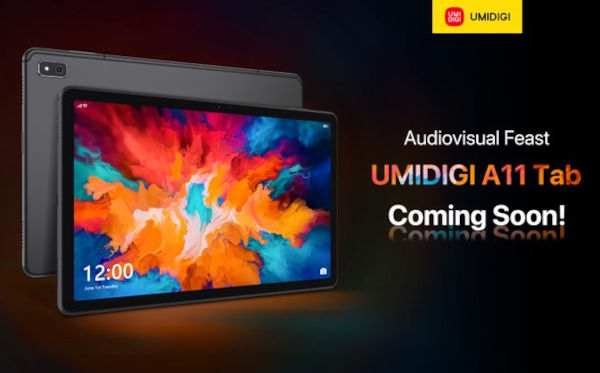 The Chinese manufacturer has announced that its first Android tablet will arrive soon and it will launch as the UMIDIGI A11 Tab. The teasers give us an early look at the design and also provide some details of the device.

The UMIDIGI A11 Tab will have a pretty large display, according to the poster. While the size is unknown, our guess is that it is about 11-inches in size. What we do know is that the screen has a 2K resolution. It also has curved corners and is surrounded by moderately sized bezels of equal thickness. The tablet is shown to have its front-facing camera on the left side bezel if you were to hold the device in portrait mode.

The back of the tab appears to be made of metal and the antenna lines add a bit of detail to the overall appearance of the device. The corners are curved which should make it comfortable to hold for a long while. There is a single camera on the back and it sits in a small housing along with an LED flash. In landscape mode, the power button is on your right while the volume control buttons are at the top. While there are four grilles – two on each side.

UMIDIGI is already running a giveaway for the yet-to-be-announced tablet and the promotional poster reveals that the A11 Tab will have a detachable keyboard case. The keyboard is shown to have a touchpad unlike that of Xiaomi’s Mi Pad 5 series. 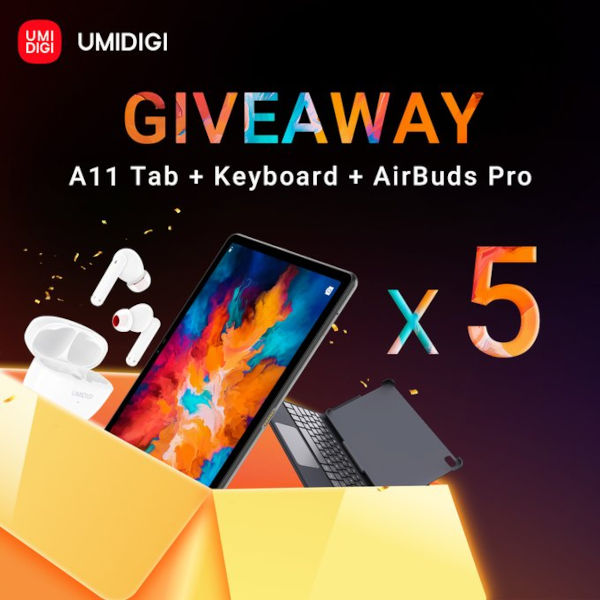 UMIDIGI is yet to announce a release date for the tablet. Once it does, we will be sure to inform you, but before then keep your eyes peeled for more details about the device.

Microsoft Finally Shut down Cortana app on Android and iOS